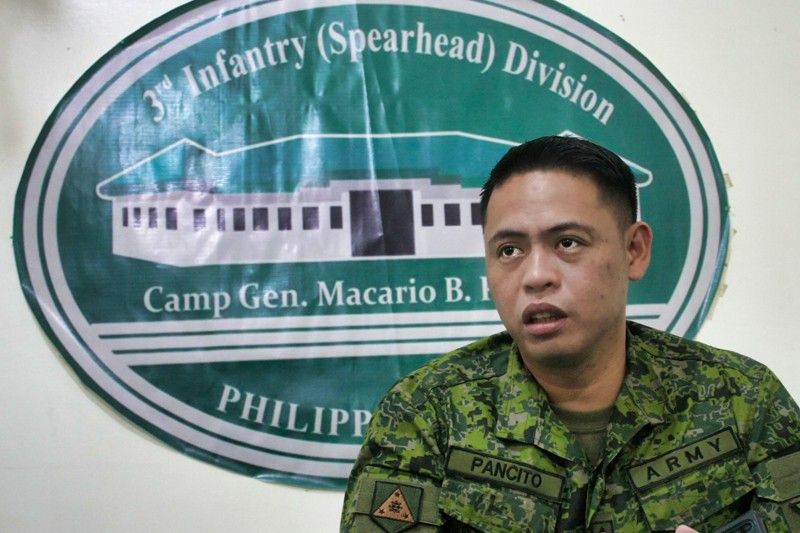 THIRTY local government units (LGU), including a city and five barangays in Panay Island, have declared the Communist Party of the Philippines-New People's Army (CPP-NPA) as persona non grata.

Philippine Army 3rd Infantry Division (3ID) spokesperson Army Captain Cenon Pancito III said the NPA is insignificant already in the community now that many LGUs are voicing out their sentiments against the terrorists.

"We are looking forward that many more LGUs will actively voice out their disinterest against the NPA," Pancito told SunStar Philippines in an interview Wednesday, November 20, at the Division Public Affairs Office in Camp Martin Delgado, Iloilo City.

Local governments in the provinces of Antique, Iloilo, and Antique have actively declared the CPP-NPA as persona non grata in addition to creating the local task forces to End Local Communist Armed Conflict (Elcac).

But Pancito said the province of Aklan has not yet made the declaration against the NPA, probably because they felt no presence of the terrorists in the area.

"However, we will try our best to tell them because they could be vulnerable because there might be a possibility that they [the NPA] will go to their place if they have no place in other provinces or municipalities," he said.

The military official said it would be best for these LGUs to declare, at the very least, that the NPA is not welcomed in their province.

"The NPA can move around where they want and we can't dictate them where they want to go. So if I am an NPA and I am not welcomed here, I will look for a place where I am welcomed," he said.

At present, the military now fights insurgency in a concerted effort with different agencies, especially with local chief executives playing a major role.

"When these people are elected by the majority by their own populace, they have the command over the people," Pancito said.

For the military, the insurgency is about winning the people and their perspective and mindset.

"So, therefore, our local chief executives play a vital and big role in ending the insurgency," Pancito said.

With the help of other agencies, both local and national, front-loading its services required by the people is something big to end the insurgency.

"We will be eradicating the issue being exploited by the NPA like poverty, health, and other aspects of society. Then, we will end the insurgency," Pancito said.

Based on military records, the LGUs who declared the NPA as persona non grata are the following: Cuartero town and Barangays Puti-an, Mahunodhunod, San Antonio, and Carataya, all in the province of Capiz; the municipalities of Janiuay, Maasin, Igbaras, Bingawan, and Miagao, Iloilo City, and Barangay Binoloan Grando in Calinog town, all in Iloilo province; and the municipalities of San Jose, Anini-y, Barbaza, Belison, Caluya, Culasi, Hamtic, Libertad, Pandan, Patnungon, San Remegio, Sebaste, Sibalom, Tibiao, Tobias Fornier, Bugasong, Laua-an, and Valderama, all in Antique province.

Erwin Garque, the Municipal Local Government Operations Officer, conducted the orientation and guidelines of the program.

Tubungan was the first to organize the said mandate of the Department of the Interior and Local Government-Iloilo.

During the activity, Second Lieutenant Hildren Batucan, executive officer of the Bravo Company of the 61st Infantry Battalion, also presented the insurgency situation in Iloilo Province and Panay Island.

Among the attendees were Mayor Roquito Tacsagon, Vice Mayor Leo Taypen, municipal officials, department heads and members of the Tubungan municipal police and Bureau of Fire Protection, and members of MPoc, MDC and civil society organizations.