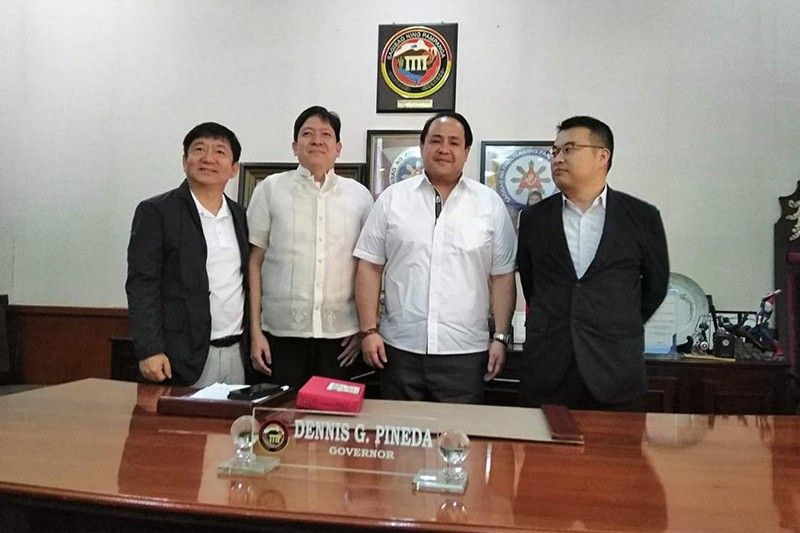 CITY OF SAN FERNANDO -- The Human Resources Development (HRD) of Korea has sought the assistance of Governor Dennis Pineda to help Kapampangan overseas Filipino workers (OFWs) under the Employment Permit System (EPS) get their unclaimed insurance in Korea.

This came after HRD Korea Director Yun Jiwon visited Pineda to personally ask for his assistance in tracing the whereabouts of at least 100 Kapampangans among the 2,000 worker returnees in the Philippines who failed to claim their insurances.

“Pampanga has the biggest identified number of worker returnees in the country who have failed to claim their insurances,” said Chanel Wilson, HRD staff.

“We would like to ask for assistance because we have already prepared the workers’ names, the letters for them and the addresses. But we are not sure if they are still living here and if the addresses are still current and active,” Wilson added.

She said the minimum amount of insurance that a worker returnee could claim is 400,000 won, while the highest amount is five million won and their equivalent depends on the current exchange rate.

“To properly assess, maybe in the beginning of the year, we tried to call everybody on our list, not only the ones from Pampanga. But we didn’t get any answer. We also tried to email them with their registered email, but there’s still none. And we tried to match their names on Facebook and there’s still none,” Wilson said.

The HRD prepared an envelope that will be distributed to the workers containing the information about the insurances, the forms that they need to sign and the company’s address.

Pineda, for his part, assured to give his full assistance to the HRD in finding the Kapampangan worker-returnees and helping them in fill up the application form through the Public Employment Service Office once they successfully contact them.

“Give me the list and I will ask the mayors and barangay captains to check these persons in their respective municipalities,” he said.

The HRD of Korea guaranteed that claiming of insurances would be easy and if the returnee-worker is already deceased, immediate family members could still claim their insurances. (PR)