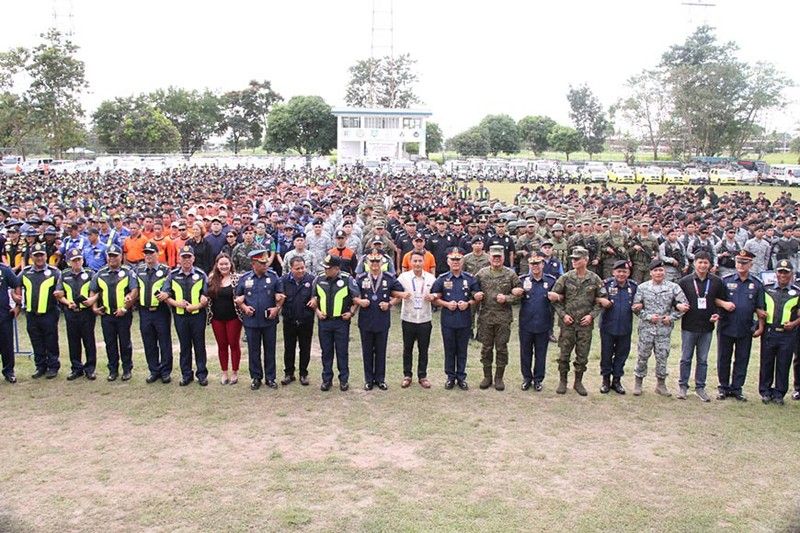 CITY OF SAN FERNANDO -- As part of the security measures implemented for the upcoming 30th Southeast Asian (SEA) Games, 11,000 uniformed personnel and force multipliers were deployed across the region on Wednesday, November 20.

The security personnel are part of "Task Group Central Luzon," which aims to attain a "zero incident" goal during the multi-sports event that will kick-off on November 30 and end on December 11.

According to Police Regional Office-Central Luzon officer-in-charge Brigadier General Rhodel Sermonia, the task force is composed of 6,000 police personnel and force multipliers from the Philippine Army and Bureau of Fire Protection, among others.

Sermonia told his men and women on the ground to do their work with utmost diligence and due regard for public safety.

“I assure the public that we are ready to ensure the safety and security of all the delegates and other spectators who will attend, even if we have not monitored any threats to the SEA Games,” the official added.

The “no fly zone” and “no sail zone” will also be implemented during the duration of the biennial meet, particularly in Clark and Subic.

“While all security preparations are covered by Task Group Central Luzon, we appeal for full support and cooperation of the public through timely reports of any suspicious activity to prevent any eventualities or unfortunate incidents,” Sermonia added.

The official opening of the 30th SEA Games will be at the 55,000-seater Philippine Arena at Ciudad de Victoria in Bocaue, Bulacan.

New Clark City in Capas, Tarlac will be hosting the aquatics and athletics events, while a number of outdoor events including triathlon, sailing and beach volleyball will be hosted by the Subic Bay Freeport Zone.