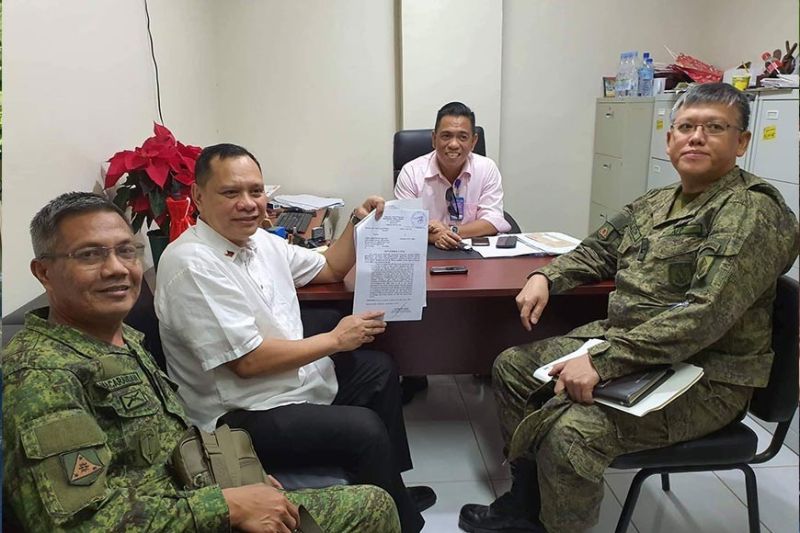 THIS time, it is going to be a fight in court, not in war zones; and an exchange of arguments, not bullets.

The complaint was filed before a local court in Cagayan de Oro City, while several people staged demonstration outside the Hall of Justice to protest the “NPA-perpetrated” atrocities.

The case stemmed from an attack perpetrated by suspected rebels against Ramiro Melgo on May 28, 2019, in Manolo Fortich, Bukidnon.

Melgo was allegedly subjected to “cruel and inhumane treatment by threatening him, coercing him with bodily harm, shooting a firearm at his direction, taking him as hostage, and striking him with the butt of their firearm”, despite being a non-combatant.

According to the information filed in court, the accused include a certain Omben also known as Ronron, Jhon, Lino, Nmatidong also known as Dahun, Mylen Colita also known as Maymay, and Toto Taquin also known as Jepoy, who are all NPA members of the Guerrilla Fronts 89, and South Regional Committee 1 and 2.

De Leon said spokespersons of the NPA confessed to this crime.

Regional State Prosecutor Merlyn Uy said the case highlights the violations committed against non-combatants or innocent civilians who are supposed to be excluded from the armed conflict between the NPA and the Philippine Army.

Uy said the case went through the normal process of preliminary investigation. She, however, pointed out that the case is unique since it indicates the violation of a special law, and not just common crimes.

De Leon said this is just the start of the legal actions the army will take to show that they are upholding the IHL.

(A lot of cases are being prepared against the NPA atrocities in Bukidnon targeting non-military targets. We’ll see how effective the law is)

“This case we hope that the leadership of NPA will be held accountable for these atrocities. Ang plantations, construction materials, at construction projects ay hindi dapat tina-target ng (should not be targeted by the) NPA,” De Leon added.

If proven guilty, the suspects will face 20 years in jail or a possible life imprisonment.

De Leon urged other victims of human rights abuses to report it to authorities and help them file more cases.

Meanwhile, around 30 people who were all wearing masks and claimed to be victims of NPA’s abuse stage a rally outside the Hall of Justice in support of the military’s legal move against the NPA.