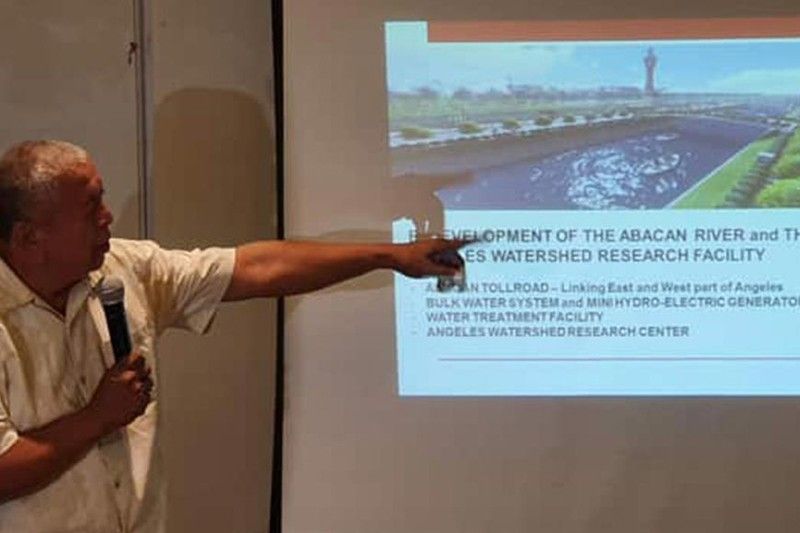 AN ENVIRONMENTALIST said that people should plant trees to ensure adequate water supply in the next few years.

Renato “Abong” Tayag Jr., a leader of various green groups in Pampanga, said watersheds at the upper portion of Abacan River in Angeles City called the Sapangbato Watershed should be rehabilitated.

He said Angeles City, City of San Fernando and other parts of Central Luzon are facing water shortage based on the study conducted by the Japan International Cooperation Agency (Jica).

“We based our advocacy on the Jica report prepared in 2010. Now it was adopted by the NWRB or National Water Resources Board. The study actually covers the whole of Central Luzon,” Tayag said.

The actual population of Angeles is about half a million but it increases by 100 percent to 1 million during daytime, he added.

According to Neda, Angeles is the fastest growing city North of Manila and the demand for water is increasing rapidly.

The Jica report stated that among the 76 cities and towns within its study area, the Pampanga River Basin covering the entire region, nine are at high-risk and 11 are at risk of losing water resource by 2025.

He said the city government, headed by Mayor Carmelo Lazatin’ Jr. will take the lead on ARAW’s action plan.

The advocacy group’s agenda include the declaration of the 400-hectare watershed situated at mountain ranges covered by lands owned by Clark Development Corporation and the local government units of Angeles, Mabalacat and Porac.

Tayag disclosed that various environment and civic groups have conducted tree-planting in the area covering some 100-hectares of the 400 hectares of the land.

Tayag is also a leader of the Advocacy for the Development of Central Luzon and the Sibul Ning Aeta Foundation which initiated the preservation of the watershed area.