Shabu ‘for sale’ in Tabunok market 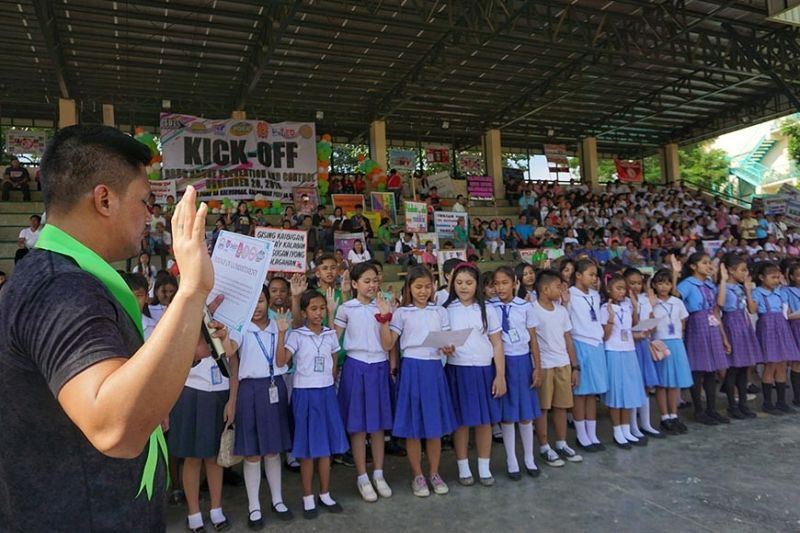 THE public market in Barangay Tabunok, Talisay City is under close watch by the police after they were tipped off on illegal drug transactions happening in the market.

When policemen went to the area on Tuesday afternoon, Nov. 19, 2019, to verify the tip, they chanced upon a group of men allegedly selling drugs inside the market.

An 18-year-old man was arrested while his cohorts fled.

Pelare said they received information from a concerned citizen about the illegal activities there.

When the informant called them again to report the presence of the same persons on Tuesday, Pelare immediately sent a team to check.

The police found Bacarisas distributing illegal drugs to a group of young men.

When the policemen introduced themselves, Bacarisas’s cohorts fled.

Police recovered seven small packs of what may be shabu from Bacarisas.

Pelare said they are trying to find out if Bacarisas is an ordinary drug seller or a buyer and who his suppliers are.

Meanwhile, in Cebu City, some P10 million worth of shabu was seized in separate anti-drug operations on Tuesday and Wednesday dawn, Nov. 20.

Ronjol Diaz, 20, a motorcycle-for-hire driver, was arrested and yielded a kilo of shabu, according to Police Lt. Col. Frankie Jingle Lugo, head of the Drug Enforcement Unit of the Cebu City Police Office.

The illegal drugs are worth P7.5 million.