Leonardia is Man of the Year at Asia Leaders Award 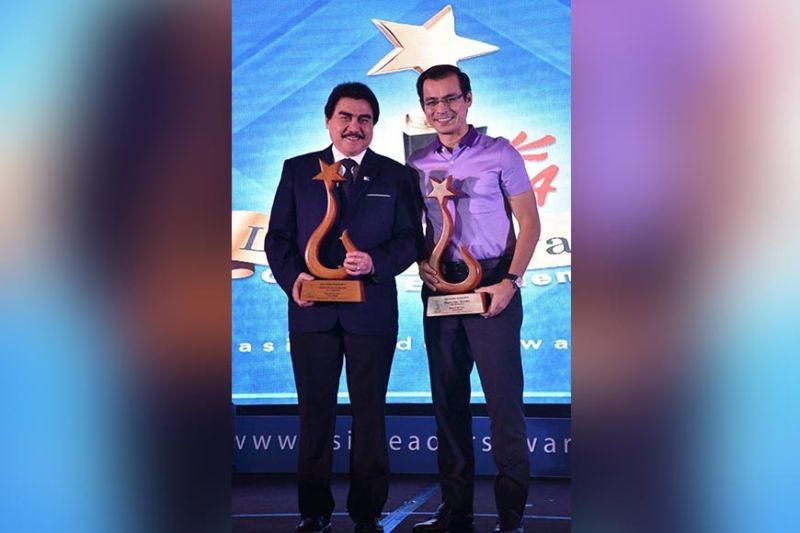 Mayor Evelio Leonardia was chosen Man of the Year at the Asia Leaders Awards 2019, dubbed “Global Excellence,” at the Makati Shangri-La Hotel in Manila Tuesday, November 19, that was keynoted by South Korea Ambassador Han Dong-man.

The Man of the Year award was presented by The Manila Times.

Leonardia said, “While our public service is motivated by the desire to improve the delivery of basic services and enhance good governance, these awards and recognitions we received this year nevertheless serve as our inspiration and guidance. We now feel, more than ever, more challenged to live up to our people’s expectations.”

Leonardia is currently the national president of the League of Cities of the Philippines (LCP), an organization of the mayors of the 145 cities in the country.

He has also recently been appointed by President Rodrigo Duterte to the Legislative Executive Development Advisory Council [Ledac] as the lone representative of all local governments in the country in the council. The Ledac is the highest advisory body to the President for economic and development.

As LCP national president, the Bacolod mayor recently represented the Philippines at the World Summit of Local and Regional Leaders, organized by the United Cities and Local Governments, held in Durban, South Africa on November 11 to 15.

Meanwhile, Engr. Grace Bondad-Nicolas, co-founder of TAG Media Group that organizes the Asia Leaders Awards, said, “The Asia Leaders Awards, a culmination of Asia Leaders Forum, recognizes and acknowledges leading men and women in various industries who have exhibited exemplary leadership and contributed in promoting the country as a premier business hub in Asia.” (PR)