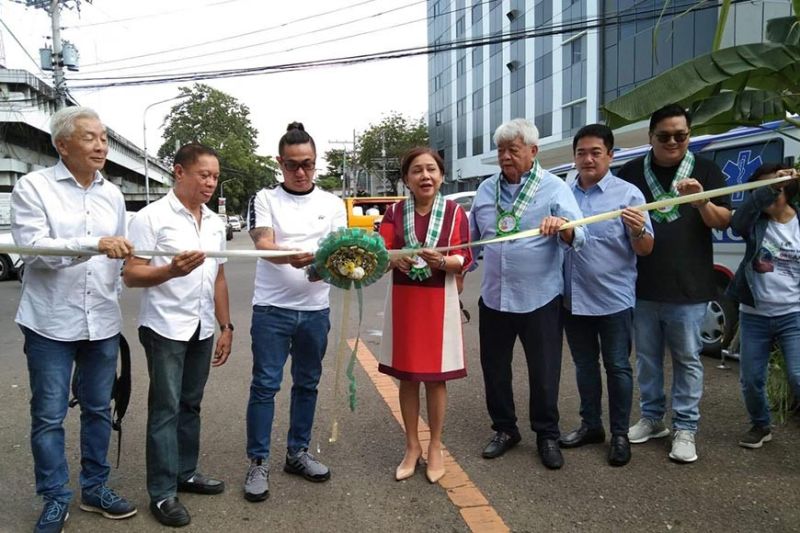 THE order of President Rodrigo Duterte to suspend the importation of rice is good for the local farmers in the country, Senator Cynthia Villar said Wednesday, November 20.

Villar was in Bacolod City as guest of the 14th Negros Island Organic Farmers’ Festival at the Provincial Capitol that opened Wednesday.

“It means they will limit the importation because before you import you need to secure sanitary permits,” she said.

Villar said that the national government will delay the importation until the end of the harvest season so their products can be sold.

The Philippines always imports because the domestic rice production is not enough, the senator said.

Villar clarified that the liberalization of the rice industry is covered by the agreements of the General Agreements on Tariffs and Trade-World Trade Organization (GATT-WTO) signed in 1995 and expired on 2017.

President Rodrigo Duterte has ordered Agriculture Secretary William Dar to suspend the importation of rice in order to help local farmers who suffered from the rice tariffication law.

Duterte gave the order in a press conference late Tuesday night, November 19, saying the move was needed to avoid “riots” brought about by hunger and a lack of food.

He added that among the reasons for the lack of rice was local producers’ failure to accurately predict how much they produce citing factors such as climate change, which affected local farmers’ projected output come harvest time.

The President said he opted to stop the importation of rice as he could not stop rice tariffication, which was needed to “erase corruption.”

Duterte did not say for how long the order would be in place, claiming it was needed to ensure farmers earned from their efforts.

Duterte ordered Congress to appropriate the needed funds to buy “all the rice” from local farmers and additional stocks needed to feed millions of consumers.

Since the signing of Republic Act 1120 or an “An Act liberalizing the importation, exportation, and trading of rice, lifting for the purpose the quantitative import restriction on rice,” farmgate prices of palay (unhusked rice) have reportedly dropped to as low as P7 per kilo in some areas.

Critics said the passage of the rice tariffication law that replaced import quotas with tariffs.

With the rice tariffication law, the deregulation of rice meant imported rice flooding the country, to the disadvantage of Filipino rice farmers and the local rice industry as a whole, which can’t compete with the prices of rice from countries like Thailand and Vietnam.

Since the enactment of the rice tariffication law in February, lawmakers have attempted to pass measures that will allow the government to use Pantawid Pamilyang Pilipino Program (4Ps) rice subsidy funds to buy palay from local farmers in select provinces.

In her speech, Villar informed local officials of Negros Occidental that the government under the Rice Competitiveness Enhancement Fund is distributing to 947 rice-producing towns in the country with a minimum rice land of 100 hectares.

Every year, she said every town will receive P5 million worth of equipment for the next six years as part of the government’s agriculture mechanization program.

If your local government does not receive anything report it to the Senate and we will use our oversight powers, she added.

These towns will also receive 20 kilos of in-bred seeds per hectare, Villar said adding that these seeds will increase one’s rice production by 50 percent.

We want to bring the cost of rice so that our rice industry can be competitive, she also said.

Villar also said that under the Philippine Rice Program every hectare will receive one bag of fertilizer.

Funding for these programs comes from the tariff imposed on imported rice, she said.