Duterte warns courts: Do not stop ban on vaping 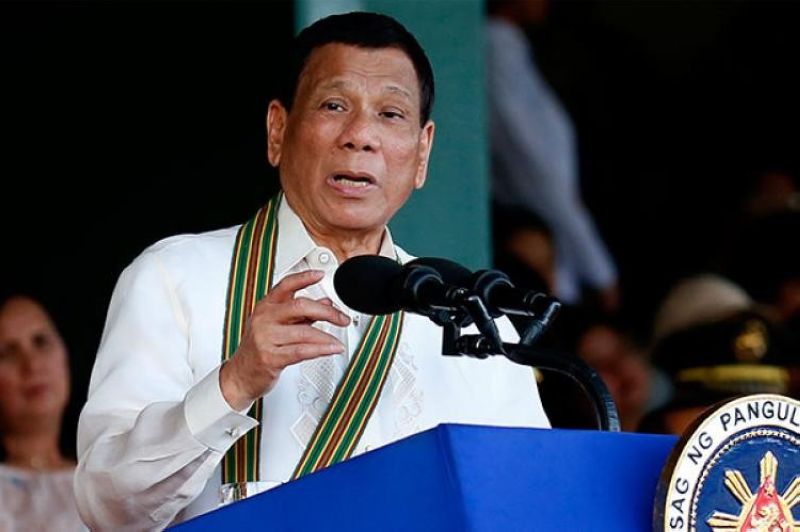 PRESIDENT Rodrigo Duterte on Wednesday, November 20, warned the judiciary that he would not acknowledge any temporary restraining order (TRO) that will be issued to stop the ban on vaping in the country.

Duterte made the remarks in a speech delivered during the 80th anniversary of the Department of National Defense at Camp Aguinaldo in Quezon City.

"Judges, I warn you, do not issue restraining orders to the Customs, to the Coast Guard. I will not obey your order because of the peculiar situation this country finds (itself in)," he said.

"Judges, I know that you can determine whether vaping is good or not, but unfortunately, your indolence does not inspire confidence. It takes you too long to decide and so do not interfere in this," he said.

On Tuesday, November, 19, Duterte announced that he was prohibiting the use and importation of electronic cigarettes and other vaping devices and products.

He gave a verbal order to arrest those who will be caught vaping in public areas.

The President reiterated that violators will be arrested.

"Last night, I ordered all law enforcement agencies and the military, you are supposed to help in this campaign to arrest anybody vaping or even smoking in public," Duterte said.

Gamboa cited as basis for his order the President's verbal order and Executive Order No. 26, which Duterte issued in 2017 to prohibit smoking in public areas and enclosed spaces.

Duterte on Tuesday said an EO prohibiting vaping will follow.

The President imposed the ban after he was asked to comment on the Department of Health announcement that a 16-year-old girl was diagnosed with electronic cigarette or vape-associated lung injury (Evali), the first in the Philippines. (NASE/SunStar Philippines)