Vaping ban violators to be freed after arrest 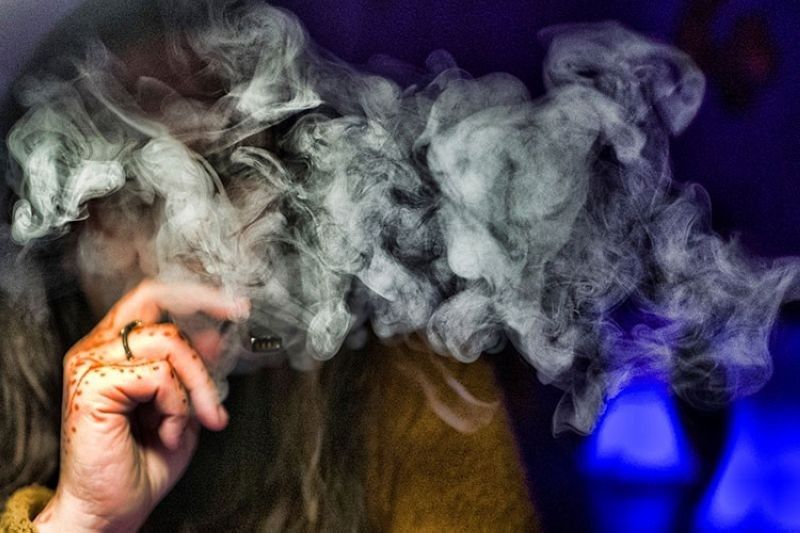 PHILIPPINE National Police (PNP) officer-in-charge Lieutenant General Archie Gamboa said on Thursday, November 21, that those caught vaping in public will be arrested, but will not be detained.

They will be released, with only a warning against violating the ban, after their arrest is recorded in the police blotter.

Gamboa also clarified that the police do not have the authority to close vape shops.

He said they still have to coordinate with the relevant government agencies, such as the Food and Drugs Administration and the Department of Trade and Industry, in shutting down vape shops.

“No (we can’t order the closure) we just advise them unless there is equally city or local ordinance that says so,” he said.

Gamboa said they were still awaiting the issuance of an Executive Order by President Rodrigo Duterte on the ban. The presidential directive is expected to indicate the penalty for violating the ban.

“Sabi ko sa kanila (policemen) arrest them, put them in the blotter and release them,” Gamboa said in a press conference Thursday.

“There is a very big distinction between arrest and punishment. Blotter does not even have a probative value. You cannot even use that in court and it cannot prejudice the person later on,” he added.

Gamboa also made it clear that vaping in designated smoking areas is fine.

Under Executive Order (EO) 26, which Gamboa cited as basis for his order to arrest those caught vaping in public, smoking is prohibited in public areas and enclosed spaces except in those designated as smoking areas.

The PNP official ordered all police units to arrest those vaping in public less than 24 hours after Duterte verbally directed all law enforcement agencies to implement the ban on vaping.

The President said he was prohibiting the use and importation of electronic cigarettes and other vaping devices and products because vaping is toxic and habit-forming. He has yet to issue an EO on this.

"When I issued the directive, one of the references of course was the declaration of the President and the Executive Order 26. In the first whereas clauses (of the EO 26) it says there that it is in view of public interest which is public health. Kaya nung tinanong ako bakit pwede na agad mag-aresto (it is) because there is a higher interest to protect which is public health and reading through EO 26 we know the intent which is the Clean Air Act and ‘yung tobacco but primarily it's public health,” Gamboa, who is also a lawyer, explained.

“Pero sabi ko nga if you included vape in that EO it's actually an expansion of the definition of smoking kaya nga sabi ko pwede implement agad kasi that is an expansion of the definition of smoking however in the absence of publication which is required for any state to impose punitive action hence another EO is required for it to be published and then saka naman magkakaroon ng punishment,” he added.

Duterte gave the order after the Department of Health reported the first electronic cigarette or vape-associated lung injury (Evali) in the country. (SunStar Philippines)