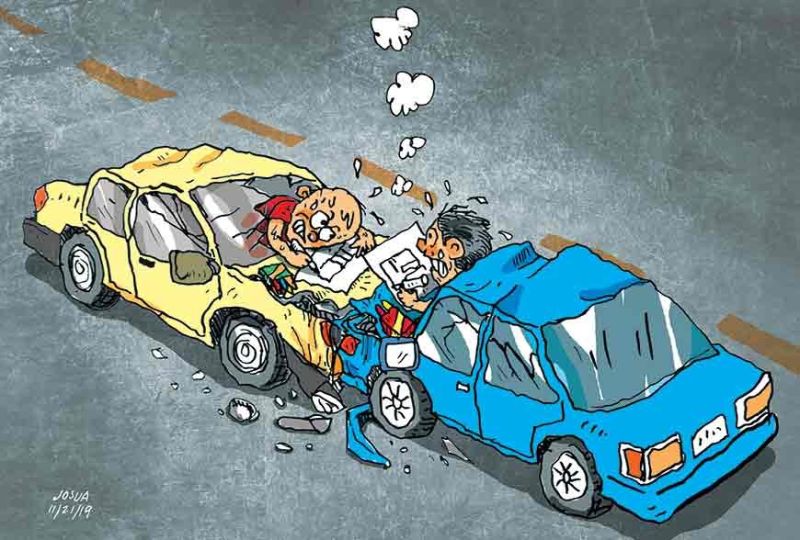 A 2017 survey showed that Talisay City was the most densely populated city in Cebu. This is excluding the highly-urbanized cities of Cebu, Mandaue, and Lapu-Lapu.

The city’s busiest area in terms of vehicle traffic is that highway strip leading to the market in Barangay Tabunok. That strip is being fed by a network of smaller roads. Converging in that hub are all sorts of vehicles, big and small, from container vans to tricycles to trisikads, even fishball carts.

Except for the national highway and the Cebu South Coastal Road, its arterial network is mostly two-way streets, vulnerable to clogging at the slightest disruption. Talisay is one case where its road infrastructures failed to catch up with its progress.

If one goes by the usual protocol of proper documentation of even a minor vehicular accident, the universe in a Talisay City road simply stops, the whole queue of vehicles will have to wait until kingdom come for one good soul from the City of Talisay-Traffic Operations and Development Authority (CT-Toda) to arrive.

This is what informs City Councilor Ferdinand Rabaya when he proposed an ordinance requiring drivers to document their minor accidents themselves by marking with chalk or crayons the incident site and take photographs of their vehicles. This will make the enforcer’s job quicker when he/she arrives and spare the other vehicles the agony of being stuck in traffic for a long time.

The proposed ordinance has at its core all the good intentions despite the funny twist in the language game, being narrated as a law requiring drivers to bring chalk and all.

However, we also wonder if it’s the best there is as a quick solution to major traffic snarls caused by minor accidents. Why not instead deputize the village tanod to do the job of initially documenting these minor accidents. They are anyway posted on-site and distributed over a 24-hour period.

Perhaps Rabaya can go back to the drawing table and discuss with CT-Toda alternatives to his chalk ordinance, now derided on social media.