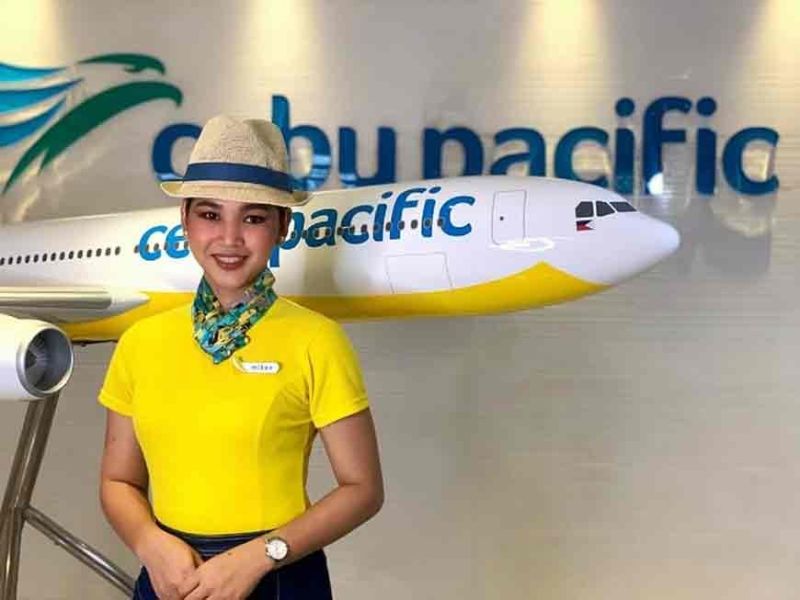 PAMPANGA. Mikee Vitug is one of the first transwomen hired as cabin crew in the Philippines. (Contributed photo)

SAN SIMON -- A 26-year old transwoman recently made a groundbreaking moment not only for Kapampangans but also for the lesbian, gay, bisexual, transgender and queer (LGBTQ) community in the country after being hired as one of the first transwomen flight attendants (FAs) in the Philippines.

Mikee Vitug, a resident of Barangay Sta. Monica in this town, was hired by Cebu Pacific (CebPac) to be part of its cabin crew, along with fellow transwoman Jess Labares.

Vitug and Labares were among the local airlines’ Batch 11 of flight attendants who underwent two months of rigorous on-ground training.

In her now viral Facebook post, Vitug shared her “proud but humbling” journey towards becoming among the first transwomen cabin crew member in the country.

She recalled her initial apprehension to apply knowing there is no transwoman flight attendant in any airline in the country yet due to the conservativeness of the Philippines for the LGBTQ community.

“It started as a random idea to apply as a flight attendant but I knew it’s impossible for a transwoman to be hired in the Philippines. But I was encouraged by my partner and told me that there is no harm in trying,” she said.

With proper preparations and composure, Vitug passed the screening and necessary interviews, and was able to survive the training which included survival swimming in a 10-foot deep swimming pool.

After the 60-day on-ground training and check rides, Vitug told SunStar Pampanga that she will soon officially perform her duty as an on-flight cabin crew for CebPac’s subsidiary CebGo.

Vitug, who is also a licensed pharmacist, hopes the “rare opportunity” given to them may spark change how the country views transwomen and the LGBTQ community as whole.

“Hopefully, people will stop stereotyping because we are also normal people who are capable of what a normal person can do,” she said.

Vitug also expressed gratitude to Cebu Pacific and CebGo for the opportunity to prove themselves and bring pride to the transwomen community.

“It is very overwhelming that Cebu Pacific initiated this change in the aviation industry in the Philippines by accepting and promoting diversity and professional growth regardless of race, religion, sex, gender identity and individuality,” she said.

Vitug, meanwhile, urged her fellow transwomen to never stop chasing for their dreams, whether becoming a flight attendant or any other profession they think they can excel in and contribute to the community.

“Stay strong because that’s our only choice to survive. Surround yourself with positivity and self-encouragement and as much as possible stay in school and finish your studies,” she said.

“Focus on making yourself better everyday and do not be afraid to take risks or to pursue whatever profession or career you want even if other people think it is impossible for us just because of who and what we truly are. Don’t listen to them, listen to your heart and soul,” she said.