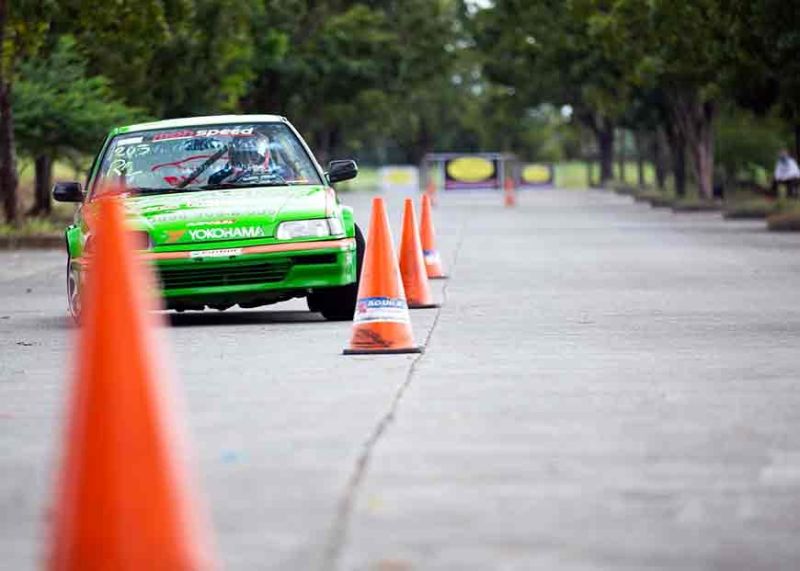 LAGUNA. Iñigo Anton negotiates with ease the course during the 7th round of the 2019 Philippine Autocross Championship Series in Sta. Rosa, Laguna en route to claiming the overall title. (Photo by Nickey Jones Bautista)

BAGUIO Achiever’s Academy 10th grader Iñigo Anton added another feather to his cap when he took the overall crown in the 2019 Philippine Autocross Championship Series.

The younger Anton battled it out early in the year against his multi-titled father, Carlos, V1 champion racer Estefano Rivera and over 40 other drivers.

“I can’t believe we did it! This championship had so many ups and downs the whole season. I’m really grateful that we got the overall win. Thank you to my dad, our Mark Young-Advan team, my family, my school and our sponsors forgiving me so much support,” Iñigo said.

Inigo took early wins in Cavite during the 2nd round and Maycauyan in the 5th round.

His father, Carlos of Yokohama-Castrol meanwhile set the pace with a first round win in Novaliches and followed it up with another win in Clark during the 4th round of the championship.

After the 5th round win of Iñigo, it was a race between the father and son to the end of the championship which thrilled the crowds at every round swapping fastest times with every run.

When the championship moved back to Cavite for the 6th round of the championship, Carlos got a good break with rapidly changing weather conditions and stole the win from Iñigo by running before the heavens opened and the rains drenched the track leaving the younger Anton with no chance of beating his father’s time.

Iñigo set the best times during his early runs in the overall class which proved to be crucial as his father Carlos car broke down after his initial runs which were not fast enough to beat the younger Anton.

But Iñigo took the win in the end by a single point over his father (65 to 64) and with it crowned himself as the youngest ever overall Philippine Autocross Champion in the sports 20 year history.

“I’m very happy for Iñigo. He was really more consistent than me all throughout the year. He deserves this championship! Losing to my son is like me winning the championship also, who would have ever thought that 10 years after I won the title Iñigo would also win it,” the 2009 Philippine Autocross Champion Carlos Anton said.