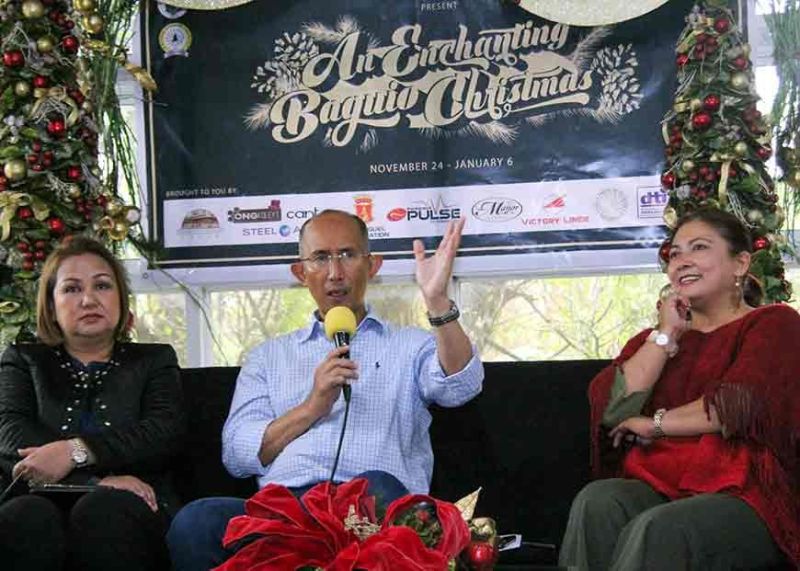 AS EARLY as now, Baguio City Mayor Benjamin Magalong reiterated to strictly implement the existing ban on the use, sale and manufacture of firecrackers to prevent injuries caused by legally and illegally bought pyrotechnics in the city.

Magalong stressed that firecrackers will not be allowed in the city.

“Yes, totally! We will not allow the sale of firecrackers in the city. We will just have a fireworks display at a common area sponsored by the city but totally, firecrackers will not be allowed,” Magalong said.

Further, Resolution No. 418, series of 2011 provides for the guidelines on the distribution, sale and use of fireworks and pyrotechnics in the city pursuant to the existing lawful provisions.

“I know that I cannot prevent this but we will still implement the ban on firecrackers which is why we will be warning the suppliers and sellers. And I think there is an existing ordinance of the city council which is why the sellers sold at the Municipality of Tuba in the past and not within the jurisdiction of the city,” the mayor added.

The ordinance also states any person, firm, entity or corporation violating the provisions of the city ordinance will be punished according to the gravity of their offense.

Among the firecrackers banned are baby rocket, bawang, small triangulo, pulling of strings, paper cups, el diablo, watusi, Juda’s belt , sky rocket or kwitis, and other types equivalent to the foregoing and explosive content while the pyrotechnics to be banned include sparklers, luces, fountain, jumbo regular and special, Mabuhay, Roman candle, trompillo, airwolf, whistle devise, butterfly, all kinds of pyrotechnic devices and other types pursuant to existing rules and regulations, atomic big triangulo and super lolo and their equivalent, firecrackers which are oversized, imported finished products with mixture of phosphorus or sulphur with that of chlorate and polyvinyn pipe or boga.

The exemptions from the prohibition are government-sponsored exhibitions during major festivities such as Christmas, New Year, City Charter Day and Panagbenga festival subject to guidelines to be issued.

The ordinance also deputized the barangay officials and barangay tanod to apprehend violators within their jurisdiction.

Violators of the provisions of the ordinance will be penalized pursuant to the provisions of Republic Act (RA) 7183 and that fines collected by the city government shall be properly acknowledged and shall accrue to the general fund of the concerned barangay.

RA 7183 was passed on January 30, 1992, in furtherance of public safety, order and national security, as well as the enhancement of the cultural traditions.