2 injured in Kabayan as vehicle plunges into ravine 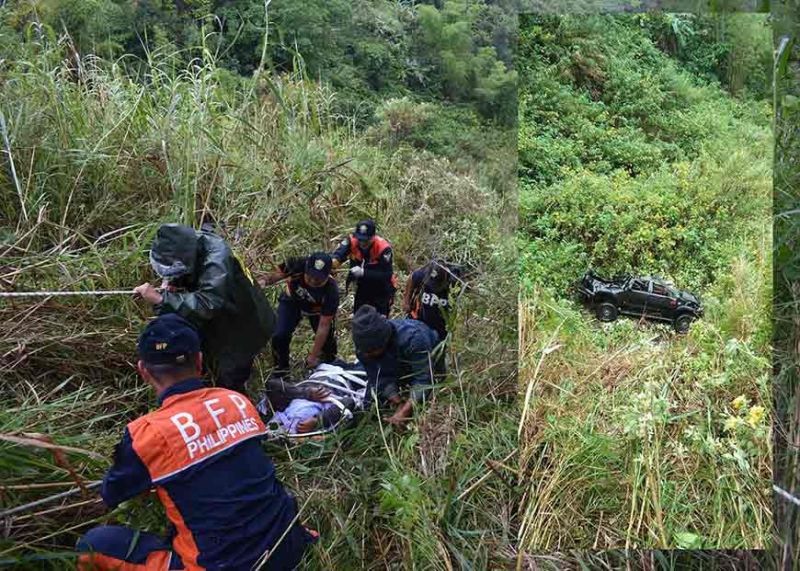 Initial investigation disclosed the two came from Balay, Kabayan and was bound for Nueva Vizcaya and while traversing, ascending the slightly curved, slippery portion of the road, the driver lost control of the vehicle and plunged into the ravine.

Both victims sustained injuries and were brought to Kabayan Rural Health Unit and referred to Baguio General Hospital.

This will be the second road crash in the town after an AUV fell into a more or less 800 meter ravine in Adaoay, Kabayan last week of October killing three of its passenger and one injured.

No road barriers were observed for both incident.

Data added 1.35 million deaths recorded each year with road crash main cause of death for five to 29 years old. .

"We hope that the other factors that contribute to road crash will be addressed so that we would not have cases of road crashes in the future. Mechanical defects cannot be considered as human error because it is preventable and if we do good maintenance on our vehicles and make it road worthy, then this can be preventable and so we have to do our part," Almora added.