Bukidnon Boys confident as Luzon Cup kicks off in Tarlac 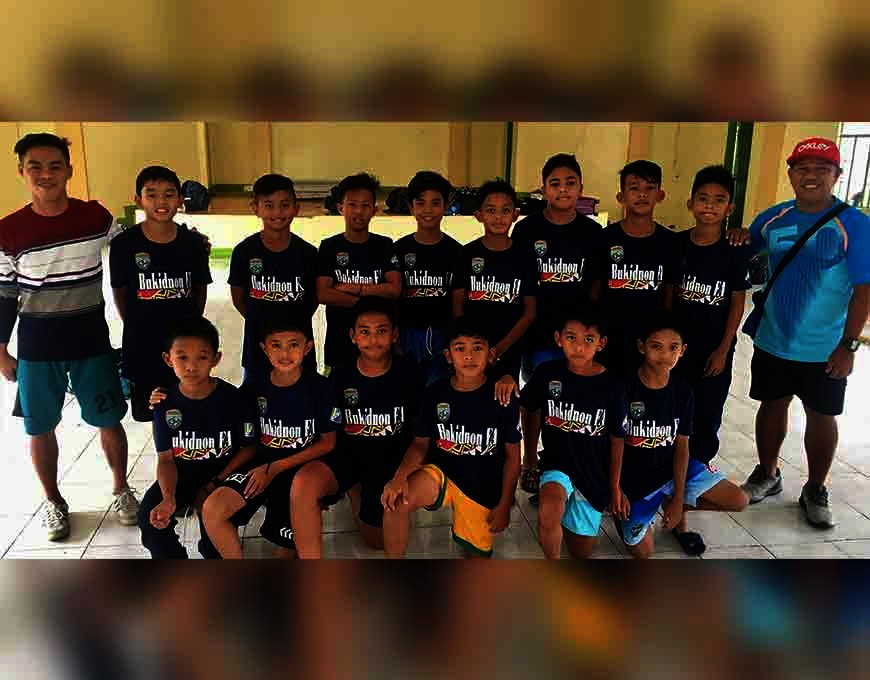 MINDANAO Cup champion Bukidnon Football Association (BUFA) of coaches Guiller Sumampong and Jaysan Andagan are more scared to speak Tagalog than to face their opponents from the North as the Luzon Cup kicks off Friday, November 22, at the Jose V. Yap Sports and Recreational Park in San Jose, Tarlac, Central Luzon.

“We are prepared although we have not seen our opponents play. We will just play our game and show to them that we can win,” said coach Guillier Sumampong.

He added that his players are more concerned on how to react and communicate with the other players in the three- day competition as they are the only Visayan-speaking team among the contestants.

“They are more scared to speak Tagalog. Most or almost all of them have not been to Luzon yet and only Zac Verdeflor is fluent in Tagalog,” coach Guillier said.

The Bukidnon boys are from the different private and public schools around Manolo Fortich town, the home of Del Monte, one of the largest pineapple plantation and processing factory in the world.

The Bukidnon boys arrived in Luzon on Wednesday afternoon and are now billeted at the Sto. Christo Integrated School in Tarlac City.

The drawing of lots and the team managers meeting would then be held while a brief program to introduce the teams and the organisers will follow and then a dinner will then conclude the night.

The BUFA team is composed of some players who will represent Bukidnon province in the Northern Mindanao Region Athletic Association (NMRAA) regional meet next month in Tubod, Lanao del Norte.

They swept the Mindanao Cup recording a total of six wins including a 4-0 win over the Davao City White team in the championship match.

They were also tough on defense conceding only five goals with three clean sheets and earning their goalkeeper Jun Melig the Best Goalkeeper and Adriel Algador the Best Defender awards of the tournament. Prince Asiniero also won the Best Midfielder award.

The Bukidnon boys will fly to the Clark Airport in Pampanga on Nov. 20 to join the competition in Tarlac set to start on Nov. 22. Other participating teams from Luzon are set to arrive on Nov. 21 for the screening of players and the match coordination meet at the St. Cristo Integrated School in Tarlac.