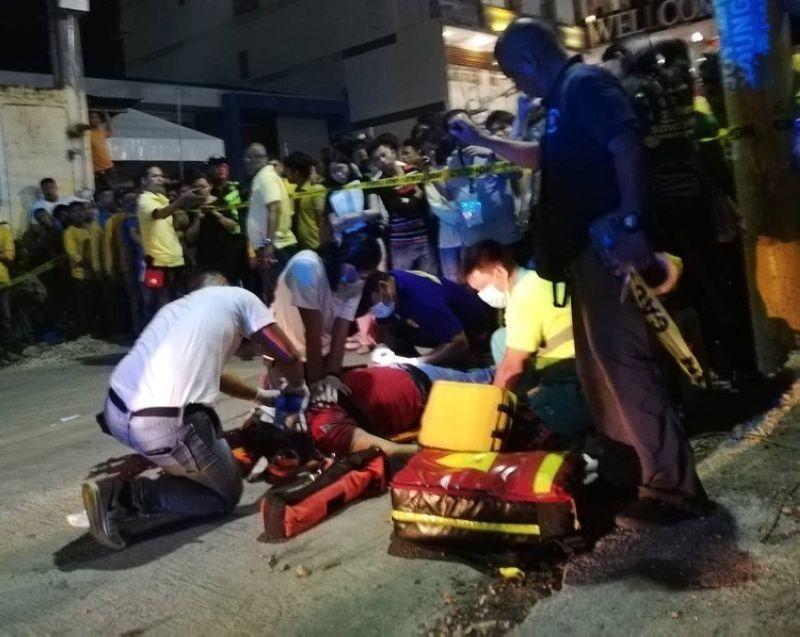 “This is unacceptable. I’m ordering the City Police Office to thoroughly investigate, identify and arrest the suspects in this dastardly act,” De Leon said in a statement on Friday, less than 24 hours after Yape was gunned down in Cebu City.

Yape, 49, was walking together with his wife along Molave Street in Barangay Kamputhaw when he was shot and killed at 5:35 p.m. Thursday.

Two men on a motorcycle, who were both wearing helmets, rode close to the couple near a hotel on Molave Street. The back rider shot Yape three times before they sped off towards Escario Street.

As of Friday morning, police have yet to determine the motive in the killing.

Yape was assigned at the Philippine National Police (PNP) Internal Affairs Service (IAS) in Camp Crame in Quezon City. He was in Cebu City for a three-day seminar on law and procurement planning.

He had served as chief of the Cebu Police Provincial Office Intelligence Branch, during which he led anti-drug operations against high-value targets.

Yape had led the team that arrested the late Medellin mayor Ricardo Ramirez, who was later killed in his hospital room while under hospital arrest.

Cebu City Police officer-in-charge Colonel Geovanie Maines, who is concurrently the Deputy Regional Director for Operations (DRDO), said that based on initial investigation, Yape's assailants had waited outside the hotel where the seminar was being held.

Aside from attending the seminar, Yape was also in Cebu City to attend an administrative hearing at 2 p.m. Thursday. Police gave no other details on the hearing. (SunStar Philippines)