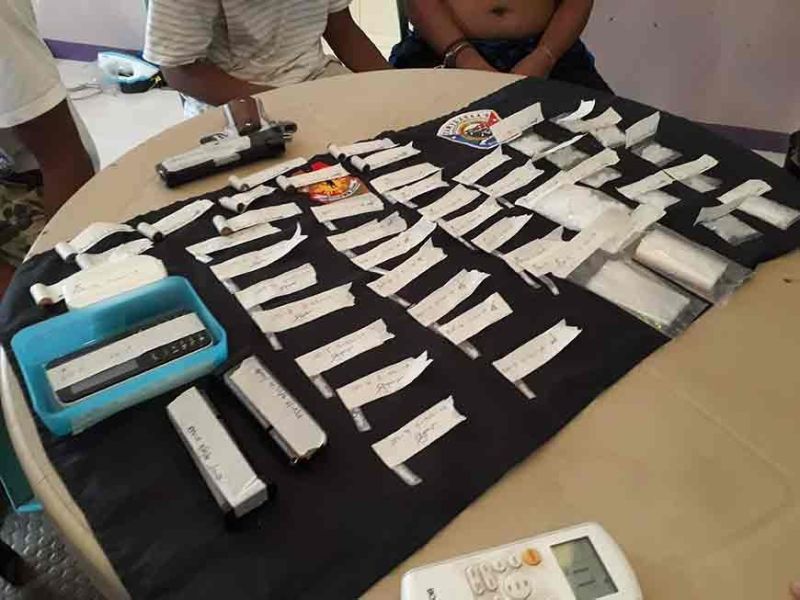 FOUR people were arrested while some P700,000 worth of suspected “shabu’ (methamphetamine hydrochloride) were seized in a law enforcement operation in Zamboanga City, the police said Friday, November 22.

Duco said they were arrested by the operatives of Police Station 4 after being served a search warrant around 10 a.m. Friday in Culianan Village, this city.

He added that Abdurasa is listed as the Top 7 high-value target of the Philippine Drug Enforcement Agency.

Recovered from the suspects were some P700,000 worth of suspected shabu packed in 23 small, 10 medium and one large sizes heat-sealed plastic sachets, a caliber .45 pistol with 10 rounds live ammunition, and other illegal drug paraphernalia, he said.

Duco added that the suspects were detained while formal charges are set to be filed against them. (SunStar Zamboanga)