Editorial: Embarking on a journey 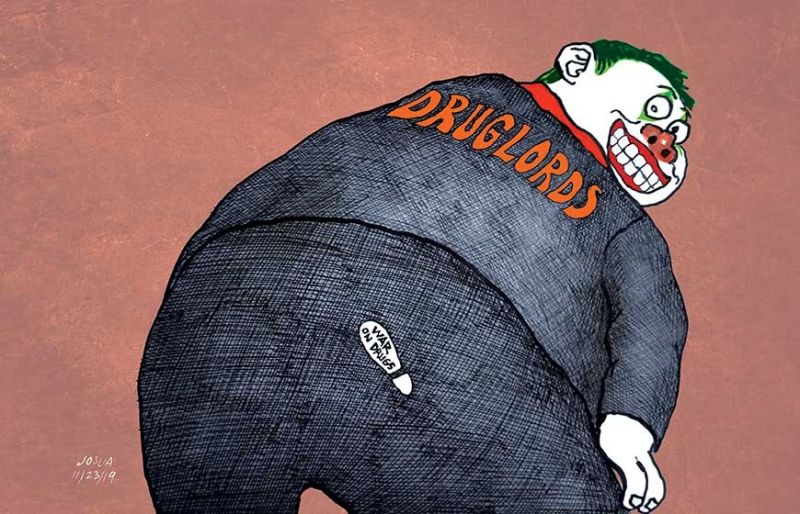 CRITICS of the Duterte administration have had it too easy since the beginning.

After all, their target was a sitting duck.

How else would you describe then presidential candidate Rodrigo Duterte’s election promise that he would put an end to the drug trade within three to six months in office?

No one in their right minds believed he could do it. Hoped, maybe, yes. But believed? Perhaps only the naïve or the stupid actually thought he could succeed.

And so two years into his presidency, during his State of the Nation Address in 2018, the former Davao City mayor acknowledged that he failed to meet his own self-imposed deadline.

“The war against illegal drugs is far from over,” Duterte said. “The illegal drugs war will not be sidelined. Instead, it will be as relentless and chilling, if you will... These drug dealers know fully well that their business against the law. They know the consequences of the criminal acts.”

Thousands have been killed since. Human rights advocates have condemned the murders. Yet, the majority of the population have turned a blind eye. They knew problem had to be addressed. They also knew there would be dire consequences.

So his critics gloated, dripping with schadenfreude. But something had to be done.

The same can be said about the country’s public land transportation. The industry needed to be overhauled. Passengers have suffered far too long, enduring the toxic fumes of dilapidated vehicles driven by abusive drivers. Some have even described these dated jeepneys as “running coffins.”

In 2017, the Department of Transportation (DOTr) launched the Public Utility Vehicle Modernization Program. Its goal was to replace vehicles 15 years and older with “safer, more comfortable and environmentally-friendly alternatives over the next three years.”

During the Senate budget hearing on Wednesday, Nov. 20, 2019, Sen. Grace Poe, chairperson of the Senate public services committee, pointed out that the DOTr is a bit “off-target.”

According to her, the DOTr has only been able to modernize 2,595 units. That’s 1.5 percent of the around 170,000 units the government had targeted for modernization by next year.

It might not seem much, but, like the country’s war against illegal drugs, the Duterte administration had to put its best foot forward.

To quote Lao Tzu, an ancient Chinese philosopher and writer: “The journey of a thousand miles begins with one step.”