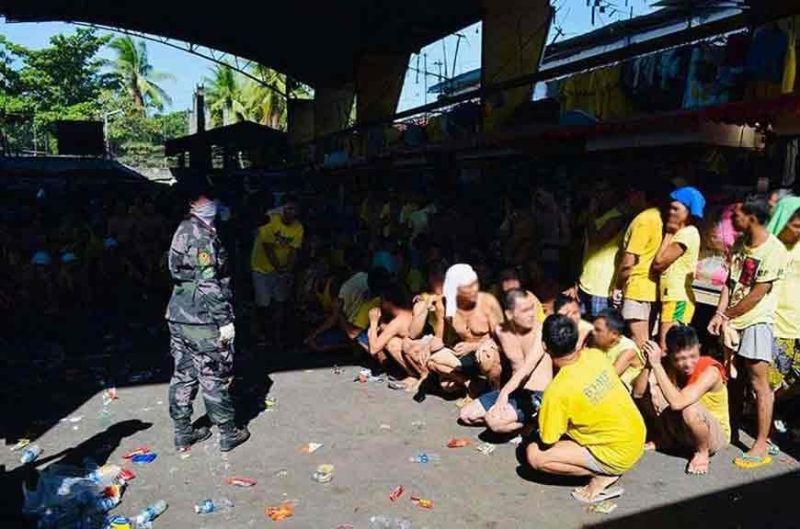 AN OFFICIAL of the Bureau of Jail Management and Penology Davao Region (BJMP-Davao) said guards manning the jail facilities are equipped with skills and training on disaster risk reduction management considering their crucial role in securing the persons deprived of liberty (PDLs) from the panic that might trigger possible commotion.

Jail Inspector Edo Lobenia, Bureau of Jail Management and Penology (BJMP) Davao spokesperson and community relations service officer, said there were no PDLs hurt during the series of earthquakes last month, which seriously hit some areas in the province of Davao del Sur.

During the inspection, they found out that these facilities obtained minor structural damage to the walls as well as to the premier fences but Lobenia said that these are now being repaired.

In the entire region, based on their monitoring, no facility was reported to had incurred cracks or major damage.

Even before a disaster strike, they have initiated several programs for fire incidents, flooding, earthquakes, and other disaster preparedness trainings in coordination with the Civil Defense Office (OCD)-Davao to make sure that all the PDLs are safe inside their facility.

In the recent earthquakes, he said the jail personnel, together with the assistance of marshals, immediately opened the cells and evacuated the PDLs to safer ground.

At Maa City Jail, the PDLs were evacuated to the court just inside the compound.

The durable construction of jail structures also helps that there were no PDLs injured or damaged facilities despite the strong magnitude of the earthquakes. (JCR)