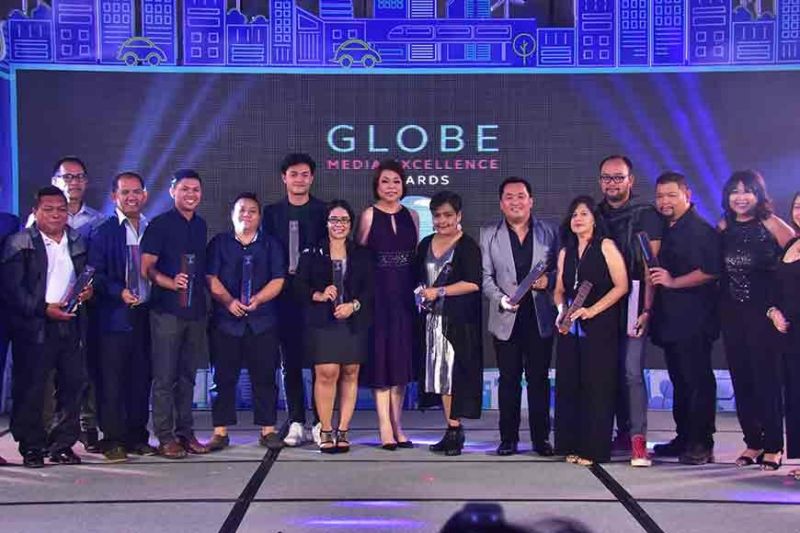 SUNSTAR Davao’s efforts to develop and create digital content is coming to fruition following its recognition in the Mindanao leg of the Globe Media Excellence Awards (GMEA) 2019.

Awarded on November 21, 2019 at the dusitD2 in Davao City, SunStar Davao bagged the Social Media Advocacy for Digital of the Year award for its production of SunStar Dasig. Best of Davao was also a finalist for the same award. This category recognizes advocacies “with the objective of improving the state of our society and country. This category must promote a call-to-action and drive positive engagement in the online community.”

“SunStar Dasig shows that every person we encounter along the streets of Davao has a story to share. These are big stories of regular Dabawenyos that inspire our audience,” SunStar Davao editor-in-chief Reuel John F. Lumawag said.

“We are very much grateful that the SunStar Davao’s production and lifestyle segment Best of Davao was recognized by the Globe Media Excellence Awards as a finalist for the Best Social Media Advocacy for this year. Best of Davao was also launched and continued to be produced to promote local cuisines and local entrepreneurs, helping micro, small, and medium enterprises in the process. This segment shows that to support local is also equal to helping the community towards progress,” Arado said.

SunStar Davao has been at the forefront in the community press in the development and experimentation of delivering stories using the new media. Aside from the two digital content, SunStar Davao is also producing SunStar Newsbits, a nightly newscast; SunStar Focus, features on Davao and current issues; SunStar Super Balita Newsbits, a weekly bisaya newscast; Istorya Ta, a bisaya talk show; and Dear Noy Tikyo, a bisaya show that gives advices to letter senders. These can be viewed on the Facebook page of SunStar Davao and Super Balita Davao. It can also be viewed on its official Youtube channel.

“SunStar Davao’s Dasig bagging the Social Media Advocacy award and Best of Davao being a finalist in the same category shows that after two years of developing digital content, our hard work is finally paying off,” Lumawag said.

SunStar Cagayan de Oro’s Nef Luczon also clinched the Explanatory/Investigative Video of the Year for Digital award for his documentary entitled “Plastix.” The documentary looks into Cagayan de Oro City’s regulation of plastics and its sustainability.

“SunStar Davao, together with the SunStar network in the country, is committed to continue to deliver stories of the community through the new media,” Lumawag said.

Meanwhile, former editor-in-chief and SunStar Davao columnist Stella Estremera was hailed as the Newsmaker of the Year.

“Winning as newsmaker of the year solidifies the SunStar mark of quality given that in the GMEA-Visayas last September, former SunStar Cebu EIC and now editorial consultant Atty. Pachico Seares was named the Newsmaker of the Year. I’m thankful to the judges that they believe the works I did for SunStar is at par,” Estremera said through Facebook messenger.

This special award honors a journalist and his or her impactful body of work throughout the years. Estremera was nominated by her colleagues based on her contribution and influence in the community and the industry.

Estremera was editor-in-chief of SunStar Davao for over a decade and a journalist for over two decades. She led SunStar Davao’s foray into becoming a digital newsroom.

She received the same award given to lawyer Pachico Seares, who was recognized in the Visayas leg of GMEA 2019. He is SunStar Cebu’s public standards editor and is recognized as the dean of community newspapering in the country.

“I’m thankful too to Globe for continuing this annual competition as it makes our drive for excellence more fun,” she added.

Perez and Lumawag were also finalists for the Editor of the Year Award. Perez was also a finalist for Breaking News Story of the Year for Digital.

“To win this year’s Social Media Advocacy of the Year and to be a finalist in two other categories (Editor of the Year and Breaking News Story of the Year for Digital) is more of a challenge for me and for the team to pursue and create more quality contents and stories of the community,” Perez said.

Perandos was also a finalist for Photo of the Year for Digital. He was recognized for his drone shot of an aftermath of a fire in Isla Verde, Barangay 23-C. This is the first photo taken using a drone that became a finalist in the photo awards of Gmea in Mindanao.

Since 2012, GMEA, which is organized by Globe, has been recognizing outstanding media and journalism practitioners for print, broadcast, and digital media in Visayas and Mindanao who have shown excellence in their craft, commitment to their profession and have created a positive impact in the society.