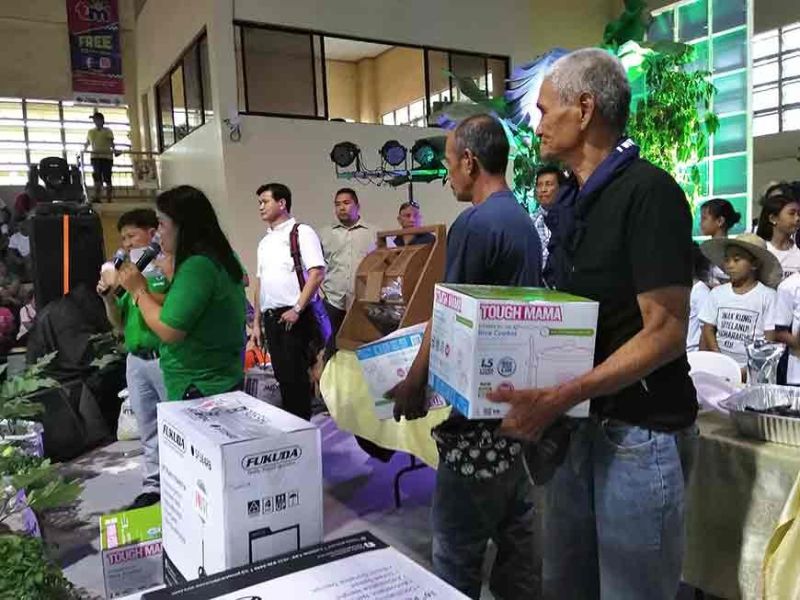 FARMERS’ DAY. The Municipal Government of Porac held on Wednesday the 11th Farmers’ Day to give tribute to farmers. (Contributed Photo)

OFFICIALS of the Municipal Government of Porac joined hundreds of farmers and those involved in the agriculture sector in celebrating the 11th Farmers’ Day held at the Jose Songco Lapid Civic Center on Wednesday, November 20.

The event aimed to provide an avenue to address farmers’ issues and give assistance to them and farmer cooperatives given seeds, farm implements, and other related inputs.

The Municipal Government said the event is a yearly activity designed to maintain good relations with farmers and farmer cooperatives and address their concerns. Porac town has the biggest land area in the province and most of it is devoted to farming.

Governor Dennis Pineda was represented by Board Member Rosve Henson in the event. The Provincial Treasurer’s Office, also distributed financial assistance to all farmers who attended the event.

Officials gave raffle prizes and participated in the games for the farmers.

The event, which was sponsored by the local government of Porac and Department of Agriculture (DA), was made possible with the support of the Provincial Government of Pampanga as part of Porac town’s celebration of its founding anniversary.