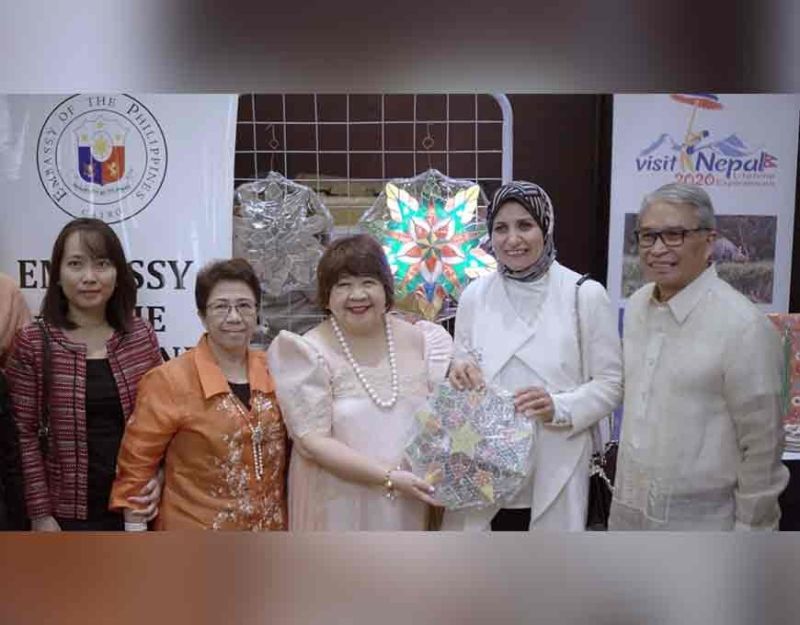 CITY OF SAN FERNANDO -- The iconic “Parul Sampernandu” (San Fernando lantern) conquered the international stage anew after it was featured in an international bazaar in Cairo, Egypt last Saturday, November 16.

The lanterns, which were crafted by Estilo de Quiwa Enterprise from Barangay Sta. Lucia, were showcased in the Philippine booth of this year’s Asian Food and Crafts Charity Bazaar.

The bazaar is an annual event hosted by the Asian Diplomats’ Spouses Association (Adsa), which consists of diplomats’ spouses from 28 Cairo-based Asian embassies.

City Tourism Officer Ching Pangilinan said the group particularly ordered Christmas lanterns from the city to be sold at the bazaar after Mayor Edwin Santiago sent one to Egypt’s ambassador to the Philippines as a token of gratitude.

The lanterns were also reportedly given as gifts to the guests of honor, including Madame Iman Hassaballah, wife of Egyptian Prime Minister Mostafa Kemal Madbouly.

The Philippine Embassy in Cairo intends to give the lanterns as gifts to other high-level officials, including Madame Suzy Shokry, wife of Egyptian Foreign Minister Sameh Hassan Shokry Selim.

The foreign guests described the lanterns as intricate, unique and colorful, while some members of the Filipino community said that the lanterns reminded them of Christmas in the Philippines.

Aside from the bazaar, six San Fernando lanterns will also be featured at the Holy Family Parish in Maadi, Cairo as decorative lights for the upcoming Simbang Gabi.

This year’s Adsa is organized under the presidency of Madame Priscila R. Confiado, wife of H.E. Ambassador Sulpicio M. Confiado.

Proceeds of the bazaar will be donated to 10 charity groups, including Light and Hope Association for blind women in Egypt, Dar El Hana orphanage, and the St. Joseph Parish Informal Education Center for Eritrean children refugees.