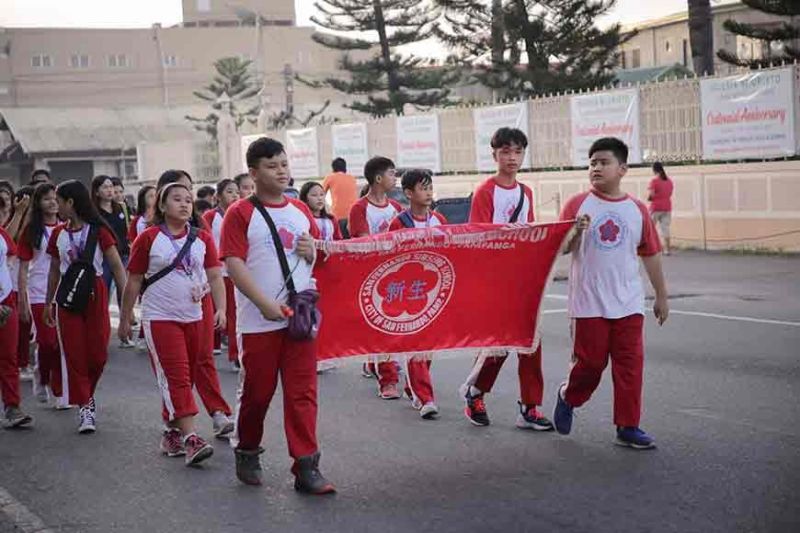 PAMPANGA. A delegation from San Fernando Sinseng School take the walk for the benefit of out-of-school youth during the Alay Lakad 2019. (CSF-CIO photo)

SOME 10,000 individuals have participated in the Alay Lakad 2019 held in the City of San Fernando.

The Alay Lakad Foundation raised some P1 million from this year’s walk and from coin banks placed in different business establishments.

The walk with the theme of “Takbang Memalen Para king Pagmaragul ning Kayanakang Fernandino” aimed to raise fund for the scholarship grants of several out-of-school youth.

Alay Lakad Foundation President Ruben Sy said the funds raised from the activity will be used to help send to school the 30 indigent youth from the city.

Mayor Edwin Santiago said the amount raised by the foundation for this year’s event will be doubled by the City Government as its counterpart.

“The City Government is committed in helping the foundation to sustain its goodwill [JAR1] of helping the needy youth, especially out-of-school (youth) in the city,” he said.

He thanked the Alay Lakad Foundation officials for sustaining the organization, adding that the foundation is recognized as one of the few foundations in the country that remain active up to this day.

The Alay Lakad Foundation delegates, City Government employees, and personnel and volunteers of different National Government agencies participated in the event which covered several streets in the city.