Star of her own canvass 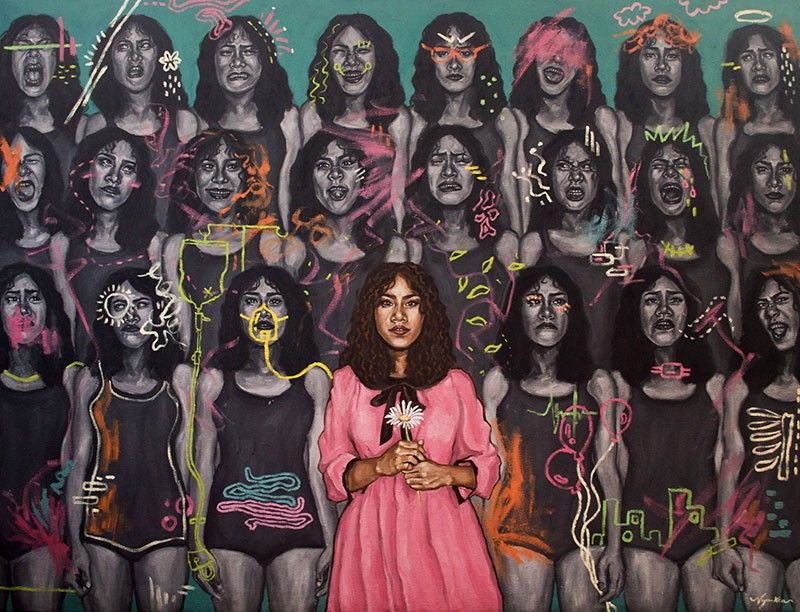 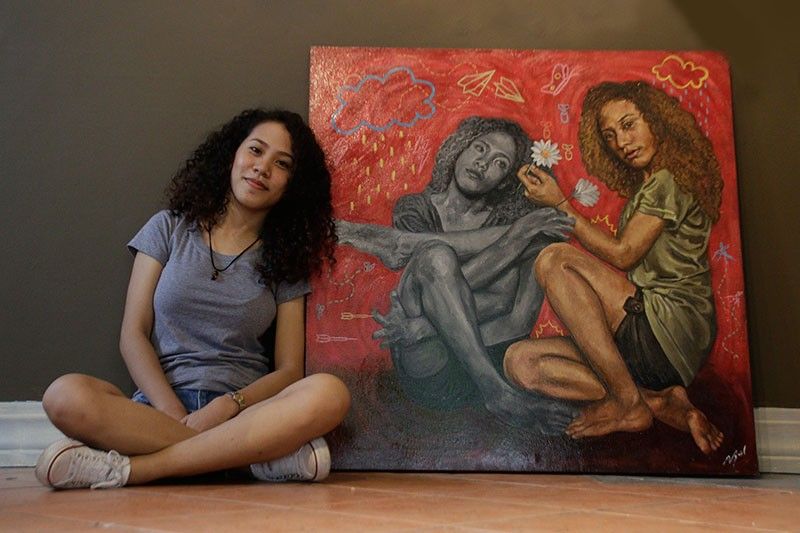 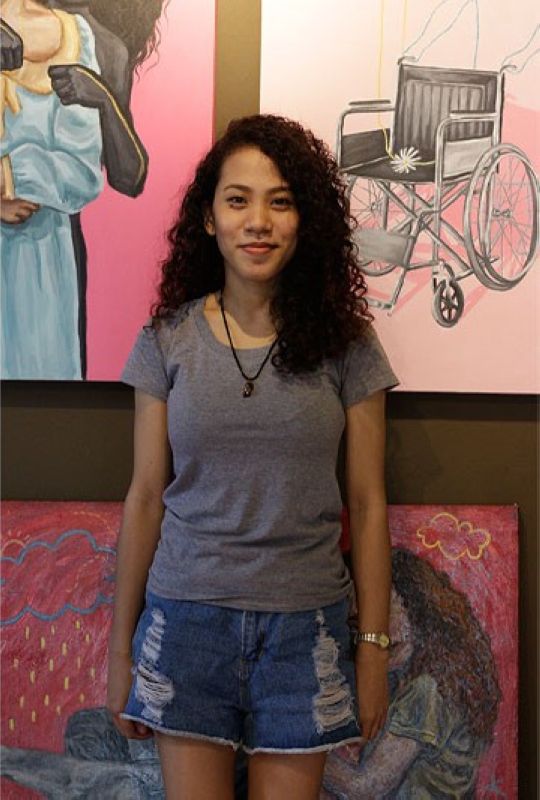 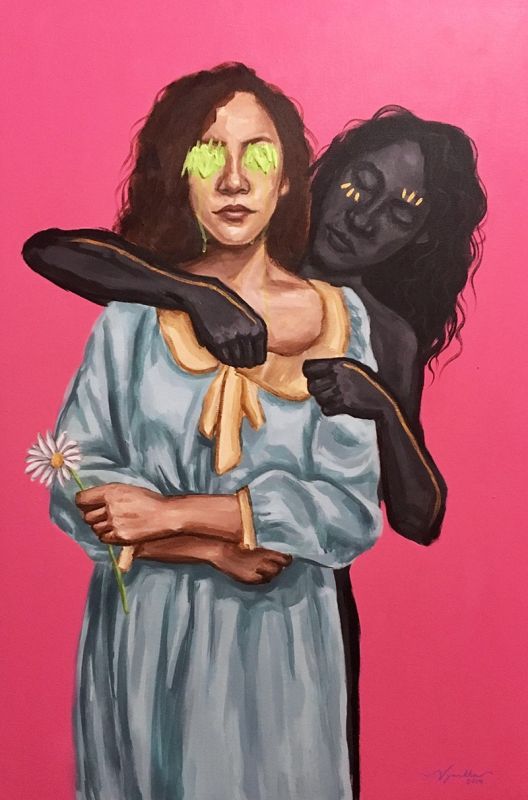 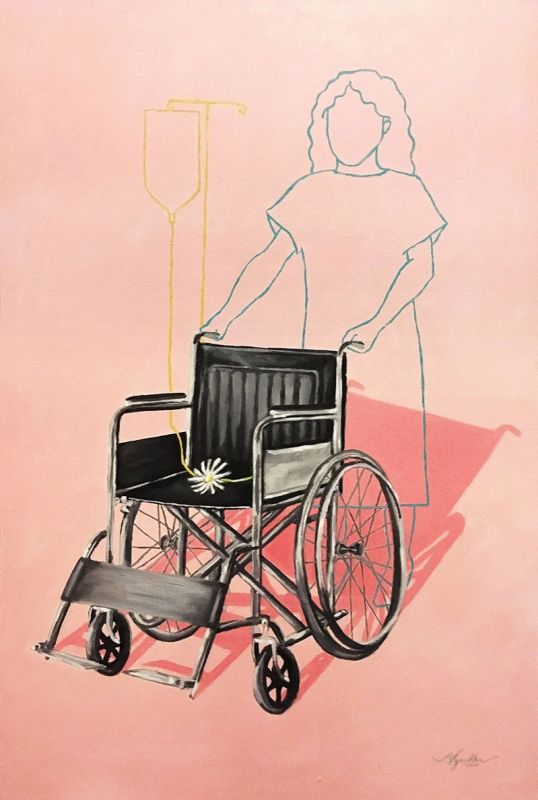 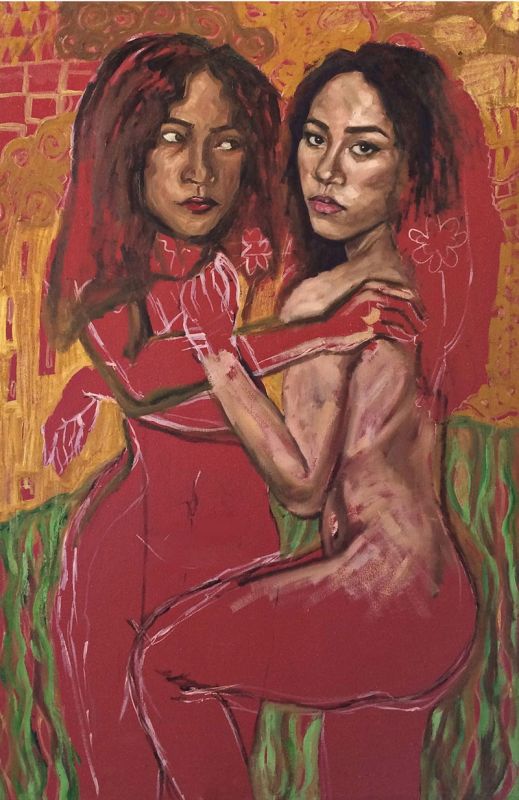 BEING the subject of your own work, in any art form, may look self-glorifying. But for people prior to the Renaissance period, the genre is venerable.

Either being drawn, painted, photographed, or sculpted, depicting themselves as the main subject, or as important characters in their work, creates a talking point as well as a public test of the artist’s skill.

Master artists painting their own “selfies” were, back then, not meant for public impressions, considering the limited audience they had.

While it’s fascinating they chose to represent themselves and perpetuate their own personal mythologies, it is also intriguing to decode the truth behind the matter.

For Davao-based self-portrait artist Vyannka Pauline Balasabas, 22, she finds comfort being the star of her own canvass.

Her skills in self-portrait started in 2011, by doing it in photography. She would later on find herself transposing it through painting.

“I find it pleasurable to see myself in my canvasses. That’s where I get to be expressive,” Vyankka shared.

At first, she was not aware of her seemingly-undisclosed desire for self-portrait.

Then, she was introduced to Frida Kahlo, a Mexican artist in the 1930s who made dozens of self-portraits from her teenage years.

Kahlo’s works communicated to her suffering after enduring a lifetime chronic pain brought by a nearly-fatal bus accident at the age 18. Vyankka, like Kahlo, also had confided her past through her works.

She revealed how self-portrait became her therapy to cope with her mental disorder, diagnosed back in college.

In her 2015 artwork “Unfinished Soul”, her childhood trauma that she had long abandoned but suddenly flashes back as she reaches adulthood, became its inspiration.

The trauma stemmed from a neck operation brought about a rare disease, which she cannot recall.

“I was awake during the whole operation. Despite being injected with anesthesia, I could still feel pain,” Vyankka said. “I was screaming throughout the operation. I keep on moving because I couldn’t bear the pain. The doctor just ignored it, even instructing the nurses to grip her hands”.

No one knew her agony, which she regrets keeping it to herself as she grew up.

“It repressed inside, causing the trauma to become a tumor,” she said. Her vulnerability caused her to have panic attacks and sudden burst of tears for unknown reason.

Her next work, “Repressed Memories”, was a self-discovery, as a group of a grey-scaled Vyankka, represented the broken versions of herself, centered by her seemingly-colorful self.

“It’s like the crowd is my subconscious, wherein it was like in a pity party of all of my experiences,” she said.

“But despite of having a gloomy environment, there is this colorful doodle, which traces back to the colorful me, which is my childhood. There is still this eagerness to go back and make things right,” she added while gazing at her work hang in the walls.

For her other artwork “Growth”, a line art Vyankka could be seen holding on to a wheelchair with a flower in a dextrose seated on it.

She explained that the wheelchair symbolizes her negative past she keeps on holding. She pushes it, signifying her acceptance to it, with the least of carrying it and moving on.

But in life, pain is inevitable, and it must be felt. This was the theme for her other work, “From Weakness to Strength”, wherein she realized that there is more to life than being isolated.

“I’m using my traumatic past as an edge to fuel my passion for art,” she positively said.

Her artwork, after being displayed in various exhibits, inspired fellow artists and those who share the same struggle like hers.

Right now, she is coping and she owes everything to it. But it doesn’t stop there.

Being a staunch women’s advocate, some of her works also highlights feminism.

Vyankka admits using her wild imagery to spark debate. Nudity, which is mostly common on her works, when done by women still remains a taboo.

“Society continues to censor women. The stereotyping of them to be modest all the time, and not allowed or be bold themselves, is a living proof that patriarchal and machismo seize to exist,” she said while mentioning catcalling, misogyny and stereotyping as some of the issues that strains the modern Filipina.

Her works, which served as her creative diary, had made her “fit into the shoes of others”. And that doesn’t stop there. Her desired themes for next work would now evolved to a wider scope – social realisms. But for now, she just let her creative juices perk her up.

When asked if she is willing to do work beyond her conventional style, she paused for a bit. And then, “I don’t think I’m ready... even if it’s going to be commissioned”.