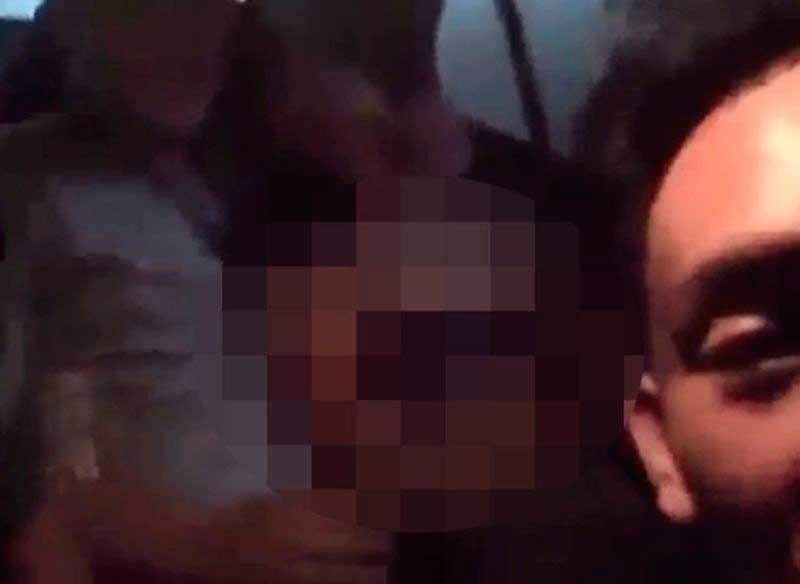 ORANGE FOR ACTION. “Orange the World: Generation Equality Stands Against Rape” is the 2019 advocacy launched on Nov. 25, International Day for the Elimination of Violence Against Women, and ending 15 days later on Dec. 10, 2019, International Human Rights Day. (File Foto)

WHEN Elmira (not her real name) posted on social media that she was abused by a male writer in a workshop, many expressed support for the young woman for demanding justice, voicing out on a taboo subject and urging an end to what seemed to be a “normal” practice in such gatherings.

However, Elmira was also bashed by many who questioned her “version” of the rape and her motives for “destroying” the reputation of a senior, respected writer. Elmira’s character, reputation, even aspirations for writing were questioned, condemned and mocked online.

Joanna and Deidre went out with male classmates after class. They moved from eating at a mall to one of the boy’s boarding house, where they drank beer and played a video game. Deidre went home but Joanna stayed behind.

The following day, Joanna confided in Deidre that the landlord threw her out when he came home and found her “wrestling” with the boys in the boarder’s room. He accused her of being a “pok-pok (sex worker).”

Deidre does not believe Joanna’s account that she was resisting being groped by her classmates when the landlord entered the room. Deidre thinks Joanna was “guilty” for being “easy.”

“Violence against women and girls (VAWG) is one of the most widespread, persistent and devastating human rights violations in our world today, (which) remains largely unreported due to the impunity, silence, stigma and shame surrounding it,” according to the United Nations (UN) Women.

The UN Declaration defines violence against women as “any act of gender-based violence that results in, or is likely to result in, physical, sexual or psychological harm or suffering to women, including threats of such acts, coercion or arbitrary deprivation of liberty, whether occurring in public or in private life.”

Starting in 2019 and the next two years, the UN Secretary-General’s UNiTE to End Violence Against Women is aimed at ending VAWG impunity during peace and war.

According to a UN Women post, dismantling rape culture means rejecting normalized values of toxic masculinity that belittle the dignity and rights of other genders. Blaming the victim of rape stems from preconceptions that the “victim’s sobriety, clothes, and sexuality” tempt the rapist.

Social values must change and assign responsibility to the person committing rape. Among the biases that must be countered are the notions that “sex is an entitlement due men;” “men cannot help but use force;” and “women are unconsciously begging to be dominated by men.”

The UN Women urges zero tolerance for rape. Culture—stories, songs, movies, jokes, images—trivializes rape and makes it less repugnant and thus, tolerable. Building strong women and men means creating the consciousness and will power for persons to reject, denounce, and counter sexual violence at home, in the office, in school, while commuting, and other day-to-day encounters that blatantly attack or chip away at the self-dignity of women and girls.

It is essential to listen empathically to the stories of VAWG survivors; mold sons, brothers and partners to respect gender equality and nurturing masculinity; help sisters speak out to prevent the violation of their consent; and seek justice for those who are victims of impunity for VAWG.