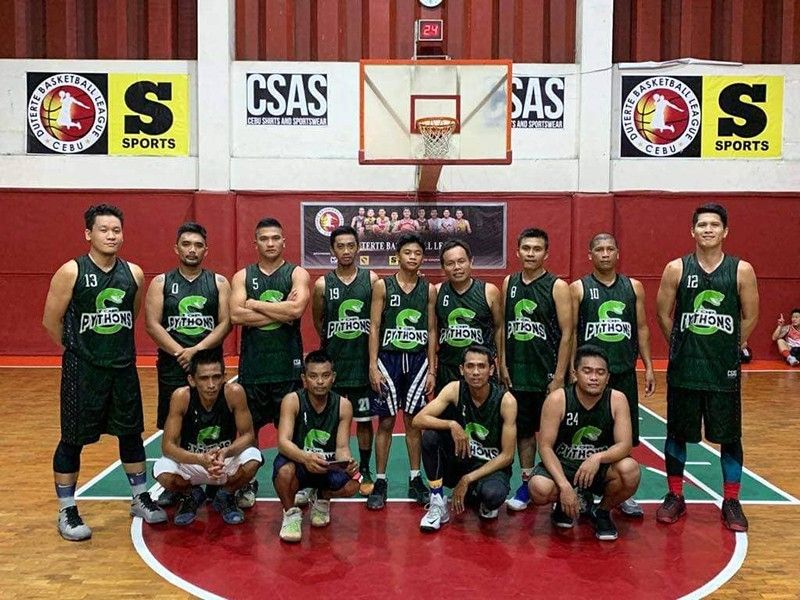 CEBU. The Pythons squeezed out a win against the X-Sembros in the Duterte Basketball League on Sunday. (Contributed photo)

THE Top Pythons captured their first win of the tournament as they bested the X-Sembros, 73-52, in the Duterte Basketball League at the Capitol Parish gym on Sunday, November 24, 2019.

Ariel Montesclaros led the way for the Pythons as he scored 20 points, grabbed five rebounds and handed out four assists. He also got help from Reynaldo Almacin who filled up the stat-sheet with 13 points, five boards, two assists, two steals and a block, which helped the Pythons even up their record at 1-1.

Meanwhile, the BJMP, SMCCO and ARQ Builders kept their noses clean as they picked up victories to keep their respective unbeaten records.