Robredo to Duterte: What are you scared of? 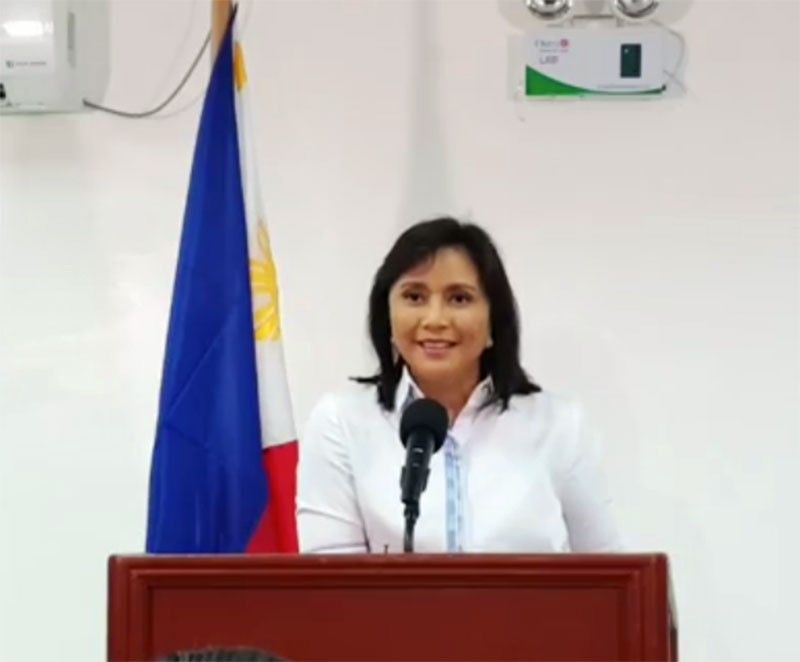 WHEN Vice President Maria Leonor “Leni” Robredo accepted her appointment as co-chairperson of the Inter-Agency Committee on Anti-Illegal Drugs (Icad), she asked whether the government was ready for her.

On Monday, November 25, a day after she was fired from her Icad post, Robredo posed more questions.

She said her termination as co-chairperson of Icad will not stop her determination to stop the drug-related killings and hold those responsible to account.

In a press conference Monday, Robredo said she will render a report in the next few days on what she has discovered in relation to the government’s war on drugs and give her recommendations.

She said she is not done yet and vowed to continue the fight against illegal drugs.

(Even if I was stripped of the position, they could never remove my determination -determination to stop the killings, hold those responsible to account and win the campaign against illegal drugs.)

Robredo said her termination merely showed that President Rodrigo Duterte was not serious in appointing her to the post.

She recalled that when she accepted her appointment, her first question was: “Handa na ba kayo sa akin (Are you prepared for me?)”

She pointed out that she did not ask for the position, but she took her role seriously.

Robredo was fired as Icad co-chairperson just 18 days after she accepted the position, which Duterte offered to her in reaction to a report quoting her as saying that the government’s campaign against illegal drugs is ineffective. (MVI/SunStar Philippines)