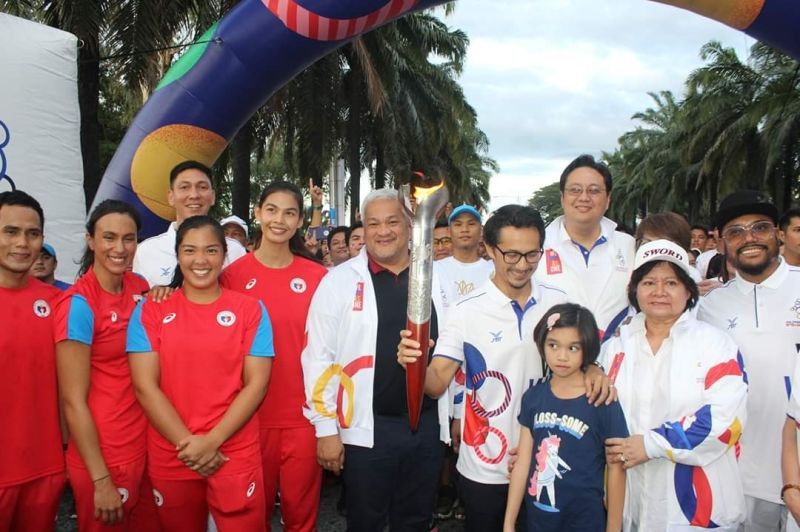 PAMPANGA. Angeles City Mayor Carmelo Lazatin Jr. joins athletes and officials during the SEA Games Torch Run at the Bayanihan Park on November 23, citing it as a symbol of unity with neighboring Asean countries through sports. (Contributed photo)

ANGELES CITY -- Pampanga hosted the last leg of the 2019 Southeast Asian Games Torch Run at the Bayanihan Park here on November 23, where Mayor Carmelo Lazatin Jr. marked it as "unity with neighboring Asean countries through sports."

"From Bukit Jalil Stadium in Kuala Lumpur, Malaysia where the previous edition of the regional sports meet lit the flame of our unity in sports -- the torch has now reached Angeles City, the new gateway to the world," he said.

According to Lazatin, this is to symbolize the Philippines' commitment to goodwill and friendship with neighboring Asean countries in order to build a peaceful and better region.

Tje mayor also encouraged the athletes to visit the country's tourist spots and cultural heritage, especially Pampanga which is known as the Culinary Capital of the country.

"Angeles City is the birthplace of 'sisig,' and I am inviting you to partake of this local culinary delicacy," he said.