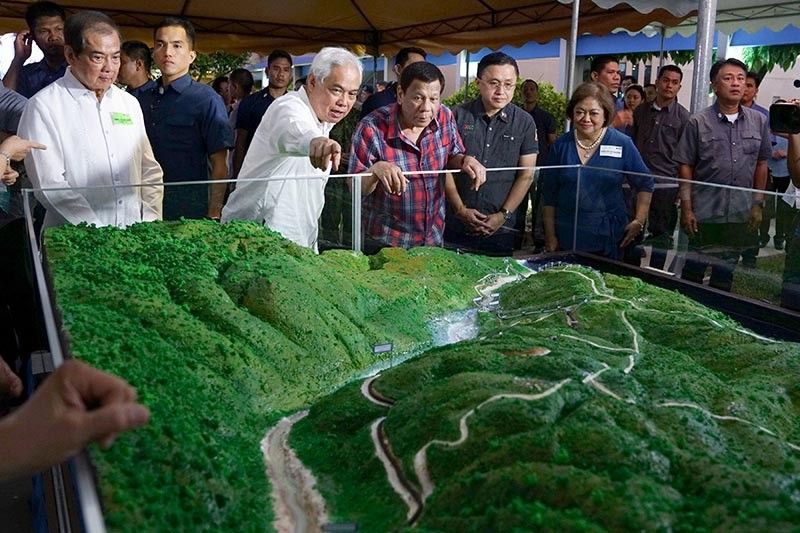 ALSONS Power Group will be investing P4.5 billion for the development of the 14.5-megawatt Siguil Hydroelectric Power Plant (HEPP), which will harness the water current of the Siguil River basin in Maasim, Saranggani.

The hydroelectric power plant is targeted to begin commercial operations in 2022 and will provide power to Sarangani Province, General Santos City, and key municipalities of South Cotabato.

Alsons Consolidated Resources, Inc. (ACR) Chairman and President Tomas I. Alcantara said during the launch on November 22, 2019 that the Siguil Hydro is just the beginning of Alsons Power’s venture into renewable energy projects.

Alcantara added the company is focused on establishing more renewable energy sources in the future.

“In the next few years, in terms of the total number of power facilities, renewable energy will constitute the largest segment of our Alsons Power portfolio,” he said.

Alcantara said along with its sister company Alsons Aquaculture Corporation will be embarking on a solar power project in Alabel, Saranggani.

Last year, ACR, a publicly-listed company of the Alcantara Group with subsidiaries engaged in power generation among others, "listed an initial P100 million of the company’s P2.5 billion Commercial Papers with the Philippine Dealing and Exchange Corporation (Pdex) to provide interim funding that will help the company’s foray into the renewable energy."

The Siguil HEPP is part of the eight hydro power projects that the company has in the pipeline. Other projects include Adanan HEPP, Hubo HEPP, and Tago HEPP in Caraga; KHPC HEPP in Soccsksargen; Sindangan HEPP in Zamboanga Peninsula; Sumlog HEPP in Davao Region, and the Bago HEPP in Western Visayas.

"Having a hydro power provider in their mix of power suppliers allows our power distributor customers to hedge against the expected price fluctuations in the fuel supply of their fossil fuel baseload power suppliers, mostly coal or diesel plants," Oscar Benedict Conteras III, head of corporate communications for the Alson Power Group, said in an email interview with SunStar Davao last year.

The launching of the Siguil Hydropower plant and the second phase of the 210-megawatt Sarangani Energy Corporation (SEC) baseload coal-fired power plant was attended by President Rodrigo Roa Duterte.

Duterte led the unveiling the miniature of the Siguil Hydropower project and the ceremonial switching on of the SEC Phase 2 coal-fired power plant which supplies 105-megawatt power.