Polvora on Ombudsman decision: A clear victory for all of us 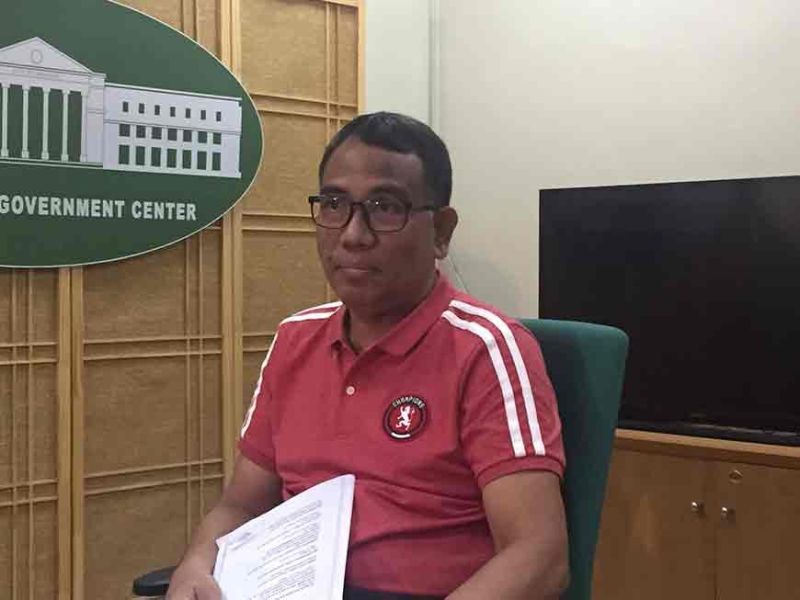 "THIS is a clear victory for all of us."

This was stressed by City Assessor's Office head lawyer Maphilindo Polvora on Monday, November 25, after the Office of the Ombudsman in Quezon City dismissed the criminal and administrative charges filed against him, including Representative Greg Gasataya, Mayor Evelio Leonardia and 10 other department heads who were involved in the purchase of a sanitary landfill site in Barangay Felisa, Bacolod City.

"This is a clear victory for all of us here, especially on my case as one of the main respondents here," Polvora said.

He said that in 2008, the city closed the dumpsite in the area of Barangay Mandalangan as the City Government was obliged to purchase a sanitary landfill site in compliance with the Department of Environment and Natural Resources (DENR).

"If we do not have a dumpsite, I don't know what will happen to us," Polovora said.

The 16-page decision dated October 10, 2017 was signed by Graft Investigation and Prosecution Officer III Katherine Arnoco Genovesa-Mahawan and was approved by Ombudsman Samuel Martires on May 6, 2019.

The complainant was the Field Investigation Office, Office of the Ombudsman-Visayas. The case was originally filed by Sara Esguerra and Othello Ramos for violation of Section 3(e) of Republic Act 3019, as amended, and grave misconduct and act prejudicial to the public service.

The complainants questioned the city's purchase of a 70,000 square meters private lot owned by Dynasty Agricultural Corporation (DAC) located in Barangay Felisa, Bacolod City at a rate of P340 per square meter or a total of P23.8 million for its solid waste facility.

Complainants Esguerra and Ramos alleged that such rate is exorbitant considering that the zonal valuation of agricultural lots in Barangay Felisa is only P100 per square meter.

The Ombudsman said there is also no question that the Office had jurisdiction over the previous cases and that the September 14 Resolution and September 10 Decision, which were judgments on the merits, had already become final and executor. Hence, the present complaint is barred by "res judicata" as to respondents Leonardia, Nifras, Polvora, Gasataya, Badajos, and Guadalupe.

Since the propriety of the selection process and the reasonableness of the purchase price of the DAC property were already established, it follows the respondents Cerna, Impreso, Canlas, Sillo and Reynaldo who were part of the Bacolod Clean and Green Action Team; respondent Ravena, who certified the Disbursement Voucher (DV); and respondent Dahildahil, who pre-audited the disbursement of the P20 million cannot be indicted of the crime charged nor can they be held administratively liable.

In fine, the criminal charge fails as do the administrative charges. Wherefore, the complaint is dismissed, the Ombudsman order stated.

City Legal Officer Joselito Bayatan said the case was already dismissed in September 2009 on the basis that the property was fairly acquired and made in good faith, and that there was a proper assessment in the acquisition.

"It means there's no overprice. This was even far below the zonal valuation given by the appraisal committee of the City of Bacolod. The property is really suitable for the solid waste management which was also qualified by the DENR. Because to have a solid waste management disposal land, it must be properly qualified by the DENR to avoid soil pollution and environmental pollution," Bayatan said.

He noted that the Moya and Gallespin properties were among the lands that possible for the solid waste management, but were not qualified by the DENR.

"So we were very glad that this issue had come into a final rest," Bayatan said.