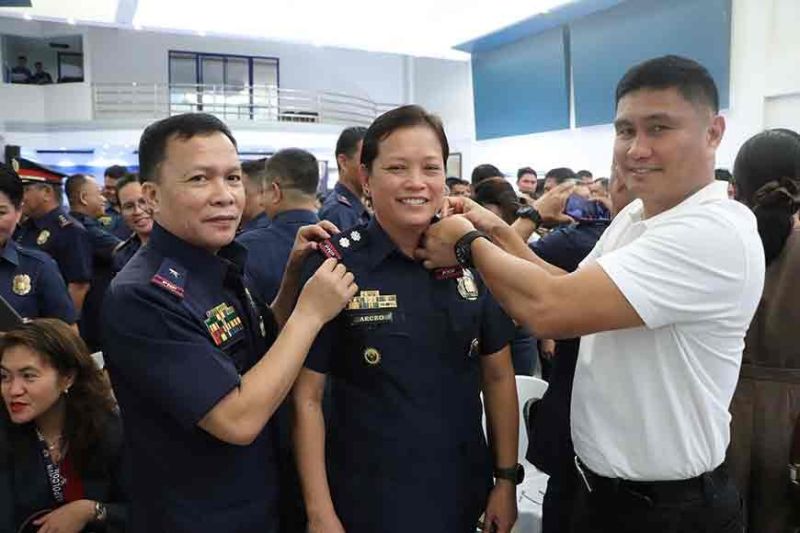 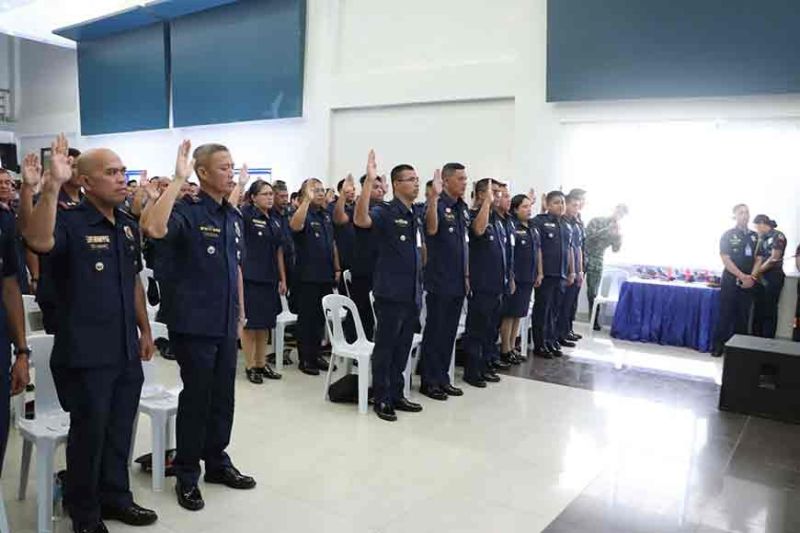 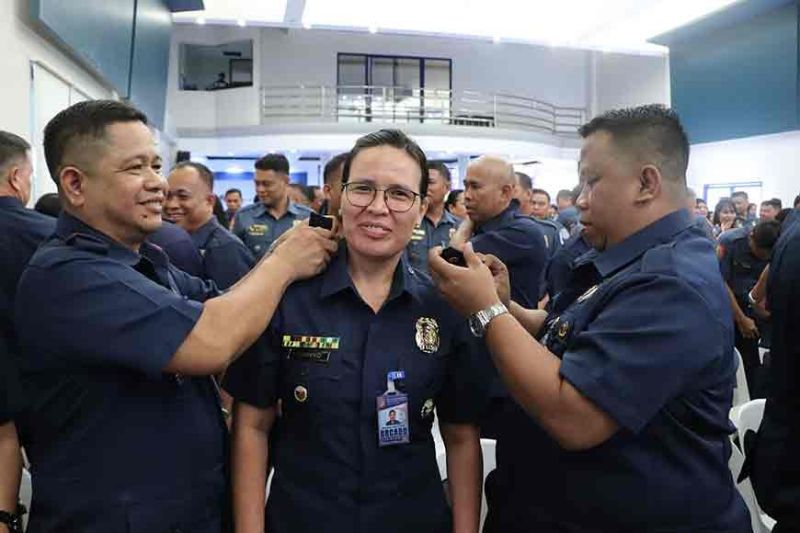 AT LEAST 443 police officers were promoted to the next higher rank in Eastern Visayas during the mass oath-taking, donning and pinning of ranks at Camp Ruperto Kangleon in Palo, Leyte.

“Your ranks mean the weight of your responsibility. The higher your rank, the bigger your responsibility should be,” said Brigadier General Ferdinand Divina, acting director of the Police Regional Office (PRO)-Eastern Visayas during the ceremony inside the police camp Monday, November 25.

Divina reiterated his mandate on total discipline among PRO-Eastern Visayas personnel “towards a culture of professionalism and service excellence.”

He also reminded the personnel on the significance of being promoted to the next higher rank.

Meanwhile, Lieutenant Colonel Ma. Bella Rentuaya said the PRO-Eastern Visayas is in the process of screening 644 aspiring applicants for patrolman/patrolwoman for this year’s second cycle attrition recruitment program with a quota of 150.

“Out of 1,121 applicants who registered online, only 905 have submitted the initial documents and undergone the face to face Interview. Of those 905, only 644 passed the body mass index and now waiting to be endorsed for physical agility test,” said Rentuaya, PRO-Eastern Visayas spokesperson.

The official said those applicants who will be endorsed for physical agility test need to undergo blood pressure taking so as to determine whether they are fit for the said agility test.

“Aspirants who will pass will step up to the next phase of the recruitment process,” Rentuaya said. (SunStar Philippines)