Iloilo to give P1-M assistance for Dinagyang festival 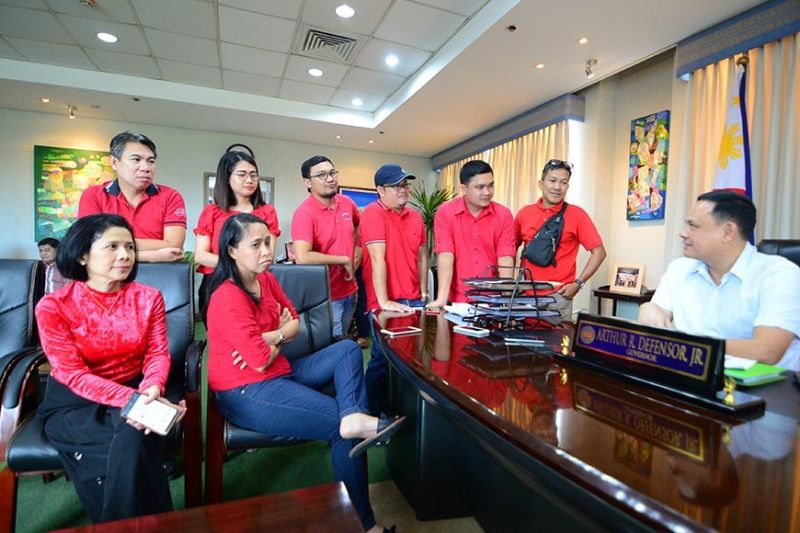 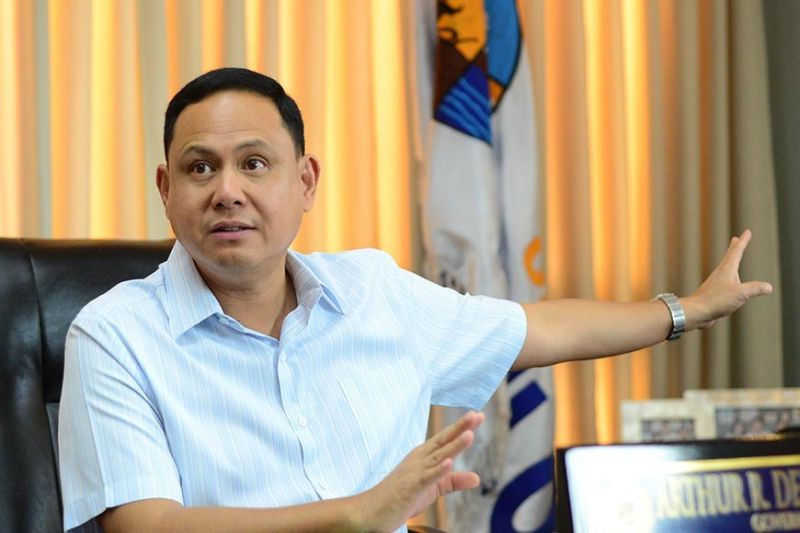 ILOILO. Iloilo Governor Arthur Defensor Jr. in a press conference Monday, November 25, 2019, told members of the Iloilo Provincial Capitol Press Corps that the judging area for Dinagyang 2020 will no longer be in front of the Provincial Capitol but a block away on Solis Street. (Leo Solinap)

THE Iloilo Provincial Government has committed to give P1 million financial assistance to the Iloilo Festivals Foundation Inc. (Iffi) for the January 2020 celebration of the Dinagyang Festival.

Members of the Iffi visited the office of Iloilo Governor Arthur Defensor Jr. last Monday, November 25, to discuss the plans of the City Government and Iffi.

Defensor said the Province also supported the Dinagyang celebration before through sponsorship, adding that in 2018, the Province gave P500,000. For 2020, though, he said they will give P1 million.

"I hope we can give more, but the province has a limitation. We don't have enough funds where we can use for that (Dinagyang)," Defensor said.

He said the Iloilo province has 1,721 barangays that also need financial assistance.

Defensor said the Iffi did not request for a certain amount, but when it asked for support, the province extended the help as "customary assistance."

He also announced that in January 2020, during the Dinagyang Festival, the second judging stage area will no longer be in front of the old provincial building or Casa Real de Iloilo, as it will be moved one block away to Solis Street.

Also, instead of five judging areas, the Iffi reduced it to four. These areas include the Iloilo Freedom Grandstand, Solis-Iznart Street, Valeria-Ledesma Street, and Ma. Clara Street.

"Whatever the province can do to help promote in addition to the promotion of the Iffi, we will do," Defensor said.

The Iffi is a newly formed organization that is tasked to lead the city's premier tourism and cultural celebration.

On December 9, about 3,600 tickets for the Dinagyang Festival tribes competition will be made available. The ticket prices will range from P1,500 to P2,200.

The Iffi will also partner with the Department of Tourism-accredited establishments like hotels and tour operators for ticket selling.

The Iffi has said it has laid down plans to bring the festival to the next level, including the new 360-degree performance of eight competing "ati-ati" tribes on January 26, 2020.

These tribes from different high schools in Iloilo City are: