Lidasan: Where are the CSOs in the BARMM? 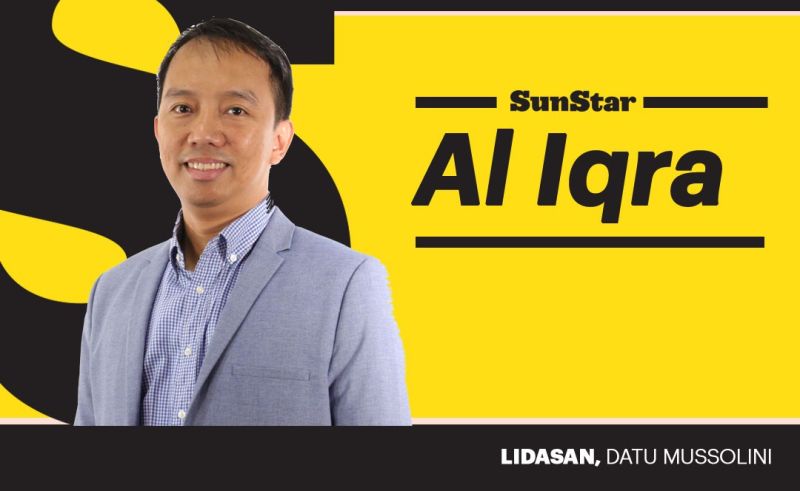 THE year 2019 is almost at its end. Before we can have the mindset of the upcoming holidays, let's us try to review the significant events of 2019. We all know that the Republic Act 11054 -- Organic Law for the Bangsamoro Autonomous Region in Muslim Mindanao (OLBARMM), otherwise known as the Bangsamoro Organic Law (BOL) was passed into law last 2018 and ratified early this year through a plebiscite.

Various sectors of the society took part in the campaign for the enactment and ratification of the said law which includes the academe, the youth, women, religious, traditional leaders as well as the civil society. The Ateneo de Davao University, through its Al Qalam Institute made sure that we had the multisectoral approach in the campaign. This had greatly contributed to the cause and to ensure that the appropriate information about the law and its potentials reach the local communities in the ground not just in the areas of plebiscites (Lanao del Sur, Lanao del Norte, Maguindanao, some parts of North Cotabato Basilan, Sulu and Tawitawi) but even in the other parts of Mindanao and the country.

As a result of the efforts of the different stakeholders, majority of the Bangsamoro people voted for YES to BOL which results to the creation of the Interim Regional Government of the BARMM, the 80-member Bangsamoro Transition Authority (BTA) appointed by President Rodrigo Roa Duterte.

Among the different sectors who supported from the drafting of the BBL to the BOL campaign, the Civil Society Organizations (CSOs) played one of the biggest roles. These organizations provided a platform for different individuals and groups especially in the grassroots level to know more about the major provisions of the law. They also provided a safe space for consultation and dialogue in the communities to address misinformation and disinformation during the campaign period and bridge these concerns towards the government leaders and administrators.

In addition, they have also served as voices of less heard and minority sectors and gave them the opportunity to be recognized and to raise their concerns which were taken into consideration in the crafting of the law. Indeed, they have pushed forward major agenda which made the law more comprehensive and more responsive to needs of the Bangsamoro People.

But we ask the question, where is/are the CSOs in the BARMM? How can they help the interim government?

Now that the Interim Government is in place, it is not surprising to observe that some CSO leaders and members have been appointed as BTA Members and were hired as employees in the different offices of the BARMM. This is one of the manifestations how, the capacities and experience of the CSOs were recognized and were given due credit in their appointment and/or employment.

Unfortunately, the reality of CSOs in the region and the rest of the country are personality based. That means that these organizations are being driven primarily by charismatic leaders. So once the leaders left the organization for any reason, in most cases the efforts of the organization will either be facing challenges or in worst cases be stopped.

Again, where are the CSOs in the BARMM. I ask this question because CSOs engagements in the BARMM has been observed to have greatly decreased.

We in Al Qalam recognizes that the Civil Society Organizations play vital roles in the check and balance in the governance in the BARMM. In addition, the CSOs can also serve as the third party monitor to assess whether the provisions of the BOL are implemented properly. Furthermore, it can also serve as force multipliers and collaborators of the Regional Government in pushing for its efforts for reform in the regional government's services. These are just a few of the many potential areas in which the CSOs can greatly contribute in the regional development.

Other than the Regional Government, it is important to bridge our CSOs to other societal actors and stakeholders such as the UN agencies and other local and foreign support organizations which can contribute to capacitating and sustaining the involvement of CSOs in governance of the BARMM.