'Subscribers can get rebates for bad internet' 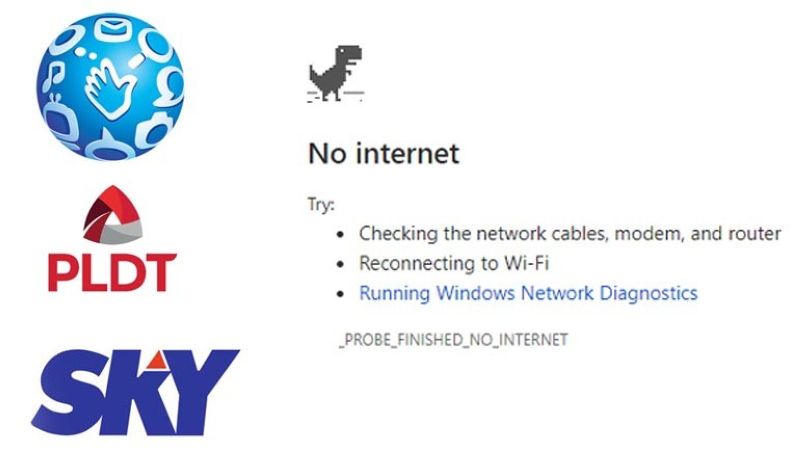 INTERNET Service Providers (ISP) in Davao assured their subscribers can avail themselves of rebates and payment adjustment for the interruptions depending on who is responsible for the problem.

In a privilege speech of Councilor Jessica Bonguyan regarding the "unjust and unfair services" of ISPs at the City Council on Tuesday, November 26, she said they already met with the concerned companies, wherein she was informed of the factors that contributed to the slow or lack of internet connection in the city lately.

The internet providers -- SKY, Globe, and PLDT -- have shared the same sentiments. Some of the common factors are cables cut during construction of a certain project, cables were stolen, or the units of the clients need an upgrade.

"The representative of PLDT added that to compute payment adjustments and rebates, the problem must first be reported indicating the date of the complaint in the system. Accordingly, there are several ways for customer to report their complaint to the PLDT customer services by calling their hotline 171, visiting their offices and logging-in to PLDT Home or PLDT official website," Bonguyan said.

She added the customers must also take into consideration the cause of the trouble. During their visit to the customer, the PLDT will determine who is responsible for the trouble or problem on the poor or no internet connection. If the problem is on the subscriber, then there shall be no rebates.

Bonguyan said that on the part of Globe, they are already aware of the complaints on their services. The company said upon receipt of complaints, they immediately report these concerns to their technical division for action.

There are instances also where they have no control of especially with the ongoing road constriction and the underground cabling project of the city.

"Subscribers should immediately report their concern directly to the company in order to resolve the issue instead of posting their complaints on social media since prior to the installation of units, subscribers were briefed to immediately report on their hotline number for any internet connection problem," Bonguyan said in her speech.

For their recommendations, the Committee on Information and Technology told the concerned telecommunication companies and internet services providers to submit their progress report or the list of clients and subscribers indicating the actions taken in response to their complaints inclusive only in the month of September and onwards.

Councilor Diosdado Mahipus Jr. also raised the concern on the continuous charge of internet connection although the subscribers have not enjoyed their services which is a common complaint.

A Globe representative said Tuesday, November 26, during the City Council session, "Personally as a consumer myself, I don't think it is right for any companies to charge you without getting their full services. It is the right of any consumer to go any stores, sa aming Globe stores, file a complaint and our stores will be the one to handle or compute the rebate which is due to the customer."

Meanwhile, all the ISPs vowed to adhere to the recommendation of the City Council provided that they have already gotten the go signal of their head office to release the information of their clients and the action taken as it might violate the Data Privacy Act.

"We will have to check with our head office this is concerning about the DPA since we will be sharing personal information about our clients, as long as they will give us with the go signal, we will abide for resolution of the city council," a SKY representative said.