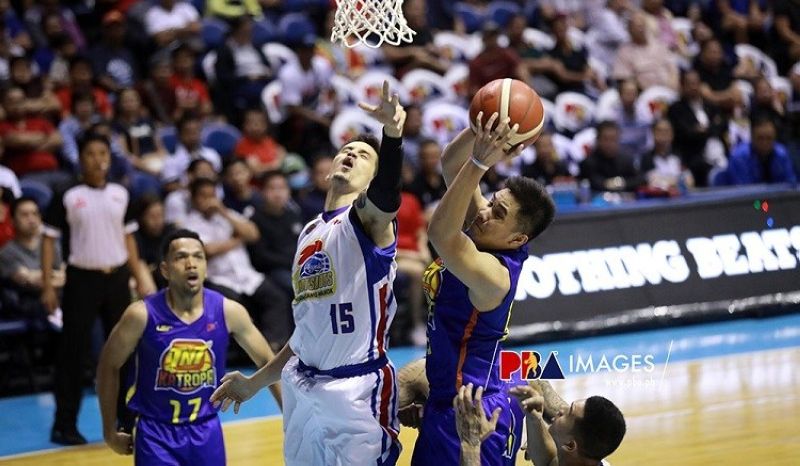 INJURED. Roger Ray Pogoy, seen here grabbing a rebound in TnT’s win over Magnolia last Monday, will be missing the SEA Games because of an injured back. (Photo courtesy of PBA)

TALENTED Cebuano wingman Roger Ray Pogoy is out of the Philippine team that would compete in the 30th Southeast Asian (SEA) Games which kicks off this week.

This is after he injured his back in Talk N Text’s 89-87 victory over the Magnolia Hotshots last Monday, November 25, 2019, and was advised by doctors to rest for a week.

In an exclusive talk with SunStar Cebu on the morning he received the news, the pride of Talisay City, Cebu, was saddened by the development but has already accepted it.

“Guol kaayo ko kay first SEA games unta ni nako pero unsaon taman, na-injured man ko. Wala ko mahimo (I was so worrried because this was supposed to be my first time joing the SEA Games but alas, I was injured. I can't do anything,” said Pogoy, who is already a Gilas veteran of many prestigious international competitions.

In spite of his absence, Pogoy express full confidence that his teammates would be able to win the gold medal in this competition.