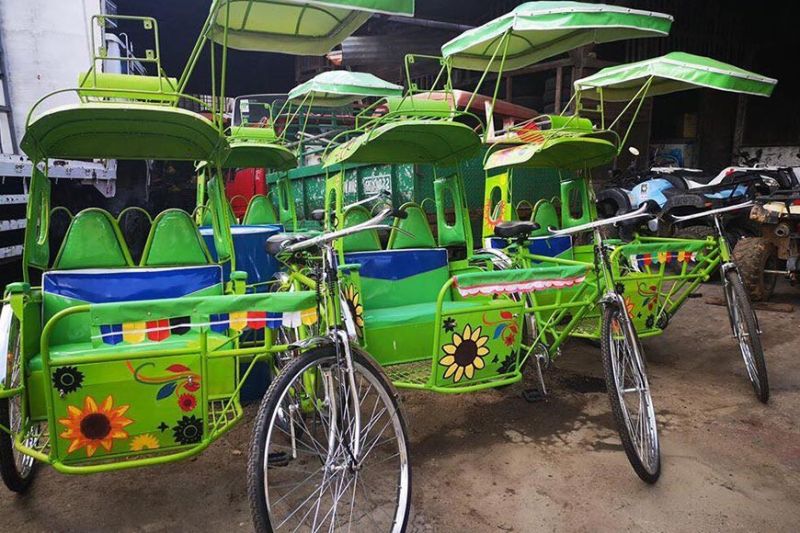 SAN Carlos City has again bagged the "Asean Clean Tourist City" award, a recognition given to cities that have endeavored to beautify their public areas, improved the environment and sanitation, enhanced urban spaces and promoted man-made and natural attractions.

The northern Negros Occidental city first received the award in 2017. The new recognition is valid for three years, from 2020 to 2022.

Jennifer Saballa, officer-in-charge of San Carlos City Tourism Office, said the city passed and complied with the indicators set by the Asean City Tourism Standard (ACTS) such as environmental protection and management, waste management, health, urban safety and security, and tourism infrastructures and programs, among others.

Saballa said the achievement can be attributed to various initiatives of the City Government mainly aimed at promoting sustainable tourism development.

These include city-wide installation of close circuit television cameras starting last year that addressed the safety and security indicator.

In 2017, the city strengthened its effort to promote the establishment of "tourist rest rooms" based on the Asean standards for comfort room.

San Carlos currently hosts an eco-center that provides a venue for bench marking on waste management and other good environment practices and technologies for other localities in the province.

"The city is again honored to receive the international award, which is also a product of the strong support of the local government," she said, adding that "we hope to sustain the efforts and looking forward to more initiatives geared towards ensuring sustainability."

The awarding rites will be held at The Empire Hotel and Country Club, Bandar Seri Begawan in Brunei Darussalam on January 16 next year.

Aside from San Carlos, the two other winning cities from the Philippines are Iloilo and Baguio.

ACTCS aims to provide member-countries with a tool that will improve the quality of tourism in their cities, and increase their marketing competitiveness, but also improve the situation of local residents and their livelihood by alleviating poverty.

It is also designed to protect the environment thus, responding to the impacts of climate change and contributing to the sustainable development of Asean cities.

The standard is based on a series of indicators that will evaluate how sustainable Asean cities currently are, the quality of the tourism they offer, and identification of areas that can be improved.

It will provide Asean countries, including the Philippines, with benchmarks to aim for and ultimately lead to greater tourist satisfaction, greater numbers of visitors, and better conditions for the local population, it said.

The standard focuses on tourist cities where there is flow of visitors and where cultural, natural, and man-made attractions exist.

Aside from "Asean Clean Tourist City" award, San Carlos City has also been a recipient of other international recognition like the Asean's 50 Landmark Cities and Environmentally Sustainable City and Top 100 Sustainable Destinations.

As part of their conservation efforts especially of natural attractions and destinations in the city, Saballa said they are giving focus on its tourism development areas.

"Aside from infrastructures, we are continuing our community-based efforts aimed at providing livelihood opportunities to the locals while at the same time involving them in environment protection and conservation measures," she added.