Clark cited as destination of the year 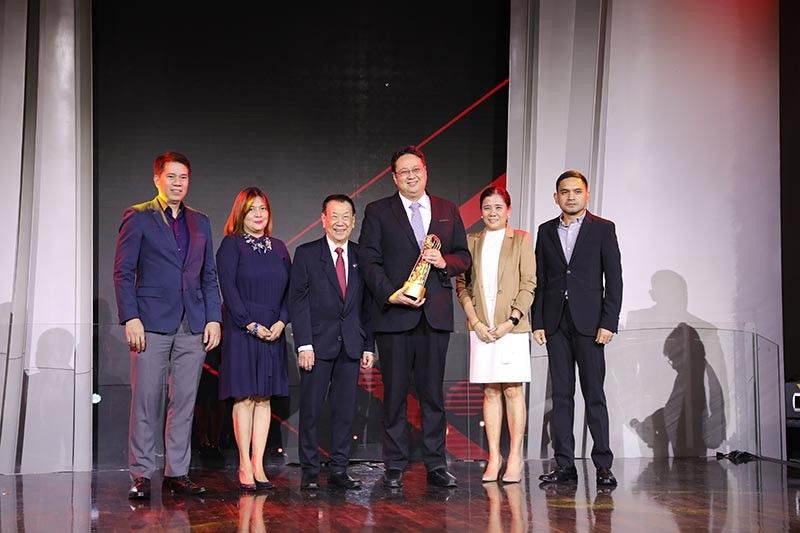 CLARK FREEPORT -- For the second time, Clark was once again cited as the "Destination of the Year" by the Philippine Sports Tourism Awards (PSTA).

Organized by Selrahco Management in partnership with the Department of Tourism (DOT), Primetime Group, and Philippine Sports Commission (PSC), the PSTA bestowed the award to Clark as the sports tourism destination of the year for hosting more than 200 events that include fun-runs, marathons, triathlon, duathlon, games such as football and baseball, cycling and other sports-related activities. Aside from this, Clark is also a preferred destination for Meetings, Incentives, Conferences and Exhibits (Mice).

In his speech, Manankil thanked the PSTA for recognizing Clark as a premiere destination. He also encouraged the various organizations involved in sports-tourism management to visit Clark and explore the newly-built sports facilities in New Clark City (NCC).

"On behalf of the Clark family, Clark Development Corporation, Clark International Airport, and our parent company Bases Conversion and Development Authority (BCDA), we would like to thank you (PSTA) for this award. I would also like to extend a personal invitation to all of you (sports-tourism management organizations) to visit Clark Freeport and New Clark City where you will see new sports facilities that I'm we Filipinos will be very proud of," he said.

For his part, PSTA founder Charles Lim said the Sport Tourism Awards is an opportune event especially with the staging of the Southeast Asian (SEA) Games in the country. He also highlighted the modern sports facilities in NCC.

"I feel that it also very timely that they have upgraded the sports facilities in the country and for those of you who have not seen the facilities in New Clark City such as the stadium and aquatics center, I urge you to visit these magnificent facilities and I'm sure you'll be very proud of it," he said, referring to other awardees.

In 2015, Clark was also named as the Destination of the Year by PSTA, citing its record of making 112,069 tourists visit the Freeport through several outdoor sports activities.

Other awardees at the 3rd Sports Tourism Awards include Sun Life for Event Sponsorship of the Year, Marco Polo Plaza Hotel for Hotel of the Year, Davao City for Destination Marketing of the Year, Ceres-Negros FC for Sports Association of the Year, and Run with Me by Resorts World Manila as Charity Event of the Year.