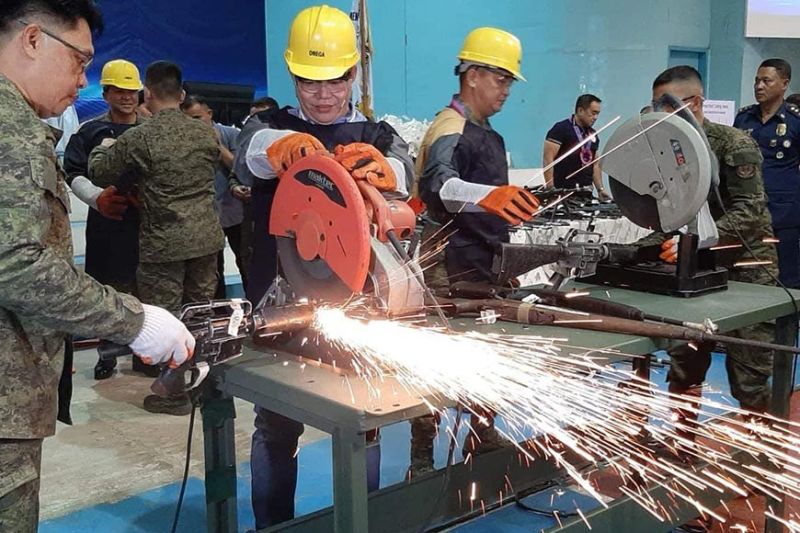 A total of 105 former members of the New People's Army (NPA) will benefit the assistance, which includes livelihood assistance and firearm remuneration.

4ID commander Major General Nemesio Gacal said the surrender of firearms signifies the former rebels' desire to leave the armed struggle and start over with a new life.

Gacal said the firearms were destroyed so these can no longer be used for unlawful purposes.

The demilitarization rites was dubbed as “Kalinaw sa Amihang Mindanaw,” to showcase the government's efforts in working towards peace and progress.