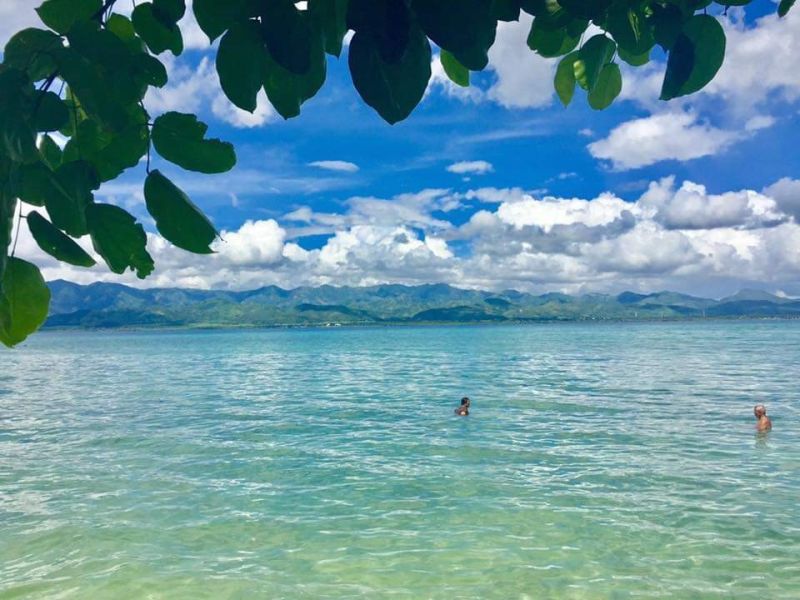 NEGROS. Sipaway Island in San Carlos, one of the city's tourist destinations. (Photo by Gabb Advincula)

THE recognition given to San Carlos as one of the three Philippine recipient-cities of the "Asean Clean Tourist City" award will surely increase the city's marketing competitiveness as a destination, a tourism official said.

Cristine Mansinares, provincial supervising tourism operations officer, said Thursday, November 28, that the Provincial Government is proud for the city for getting the recognition for the second time.

Mansinares said such international recognition will enable the northern Negros Occidental city to further position itself as a more competitive tourist destination.

"I hope that other potential local government units (LGUs) in the province will also consider vying for any Association of Southeast Asian Nations (Asean) tourism award too," she added.

The "Asean Clean Tourist City" award is a recognition given to cities that have endeavored to beautify their public areas, improved the environment and sanitation, enhanced urban spaces and promoted man-made and natural attractions.

The awarding rites will be held at The Empire Hotel and Country Club, Bandar Seri Begawan in Brunei Darussalam on January 16 next year.

Aside from San Carlos, the two other winning cities from the Philippines are Iloilo and Baguio. These cities have passed and complied with the indicators set by the Asean City Tourism Standard (ACTS).

These indicators included environmental protection and management, waste management, health, urban safety and security, and tourism infrastructures and programs, among others.

ACTCS aims to provide member-countries with a tool that will improve the quality of tourism in their cities, and increase their marketing competitiveness, but also improve the situation of local residents and their livelihood by alleviating poverty.

It is also designed to protect the environment thus, responding to the impacts of climate change and contributing to the sustainable development of Asean cities.

The standard is based on a series of indicators that will evaluate how sustainable Asean cities currently are, the quality of the tourism they offer, and identification of areas that can be improved.

It will provide Asean countries, including the Philippines, with benchmarks to aim for and ultimately lead to greater tourist satisfaction, greater numbers of visitors, and better conditions for the local population, it said.

The standard focuses on tourist cities where there is flow of visitors and where cultural, natural, and man-made attractions exist.

"The city is again honored to receive the international award, which is also a product of the strong support of the local government," she said, adding that "we hope to sustain the efforts and looking forward to more initiatives geared towards ensuring sustainability."

Aside from "Asean Clean Tourist City" award, San Carlos City has also been a recipient of other international recognition like the Asean's 50 Landmark Cities and Environmentally Sustainable City and Top 100 Sustainable Destinations.