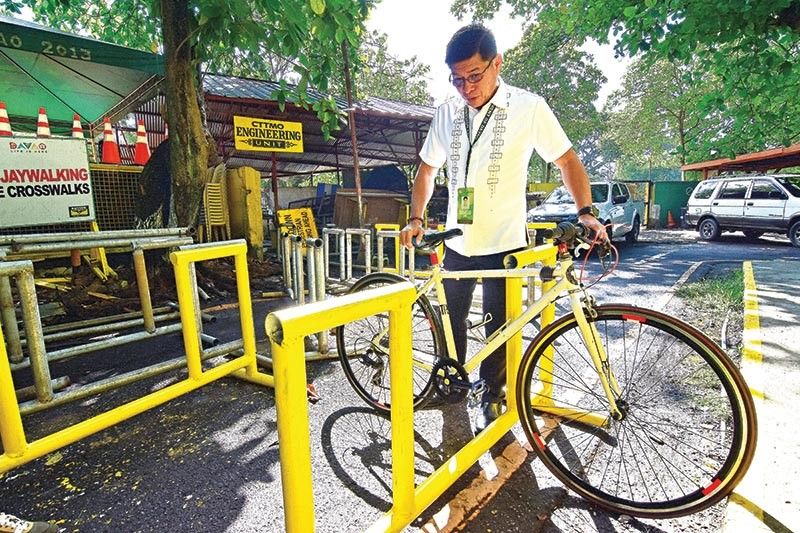 THE Davao City Transport and Traffic Management Office (CTTMO) has started to assemble bike racks that will be installed in seven areas to encourage more people to use bicycles.

The installation of these bike racks is also in preparation for the implementation of pay parking zones beginning January 2020.

During the I-Speak forum Thursday, November 28, at the City Hall, CTTMO head Dionisio Abude said this policy will take effect on January 1, 2020 based on City Ordinance No. 052-13, Series of 2013.

The CTTMO will establish, mark, and designate portions of a thoroughfare as on-street public pay parking zones.

Abude said motorists will also be discouraged to leave their vehicles at home because the parking fee increases the longer the vehicle is parked.

At least 80 parking personnel, who will be assigned in the pilot areas, will be trained to monitor the pay parking zones. Abude also assured that to avoid corruption during the ordinance’s implementation, he will integrate the reminder during the enforcer’s training.