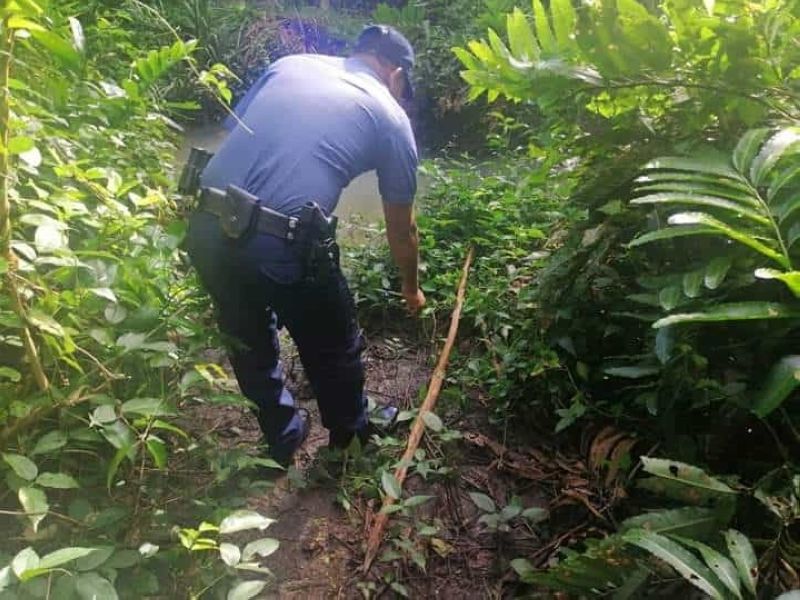 BACOLOD. The swampy area in Pontevedra town where the body of a five-year-old girl was found Wednesday night, November 27, 2019. (Photo by Ricky Filoteo)

This was how a 27-year-old aunt allegedly killed her five-year-old niece in Pontevedra town on Wednesday night, November 27.

She was last seen swimming with her aunt at around 2 p.m. that day.

Nigos said the aunt returned home first while the child failed to do so. They are living in the same house.

“The family searched for her, they even asked the assistance of the authorities,” he said.

Village watchmen and the police found the body of the victim in the area around 9 p.m.

Results of an autopsy on the child's remains showed that she died by choking and drowning.

Police further said the victim sustained injuries and her underwear had been inserted into her genitals.

Aside from her aunt, whose name was also withheld, authorities invited two other persons for interrogation.

However, the suspect, who is the younger sister of the victim’s mother, confessed that she killed her niece by choking the child while her head was submerged in the water.

The aunt also admitted that she was the one who inserted the underwear into the victim’s private body part to mislead the investigation.

“She would always curse me. I choked her until she lost her breath,” the aunt said in a radio interview.

She is facing murder charges in relation to violation of Republic Act 7610 or the “Special Protection of Children Against Abuse, Exploitation and Discrimination Act.”