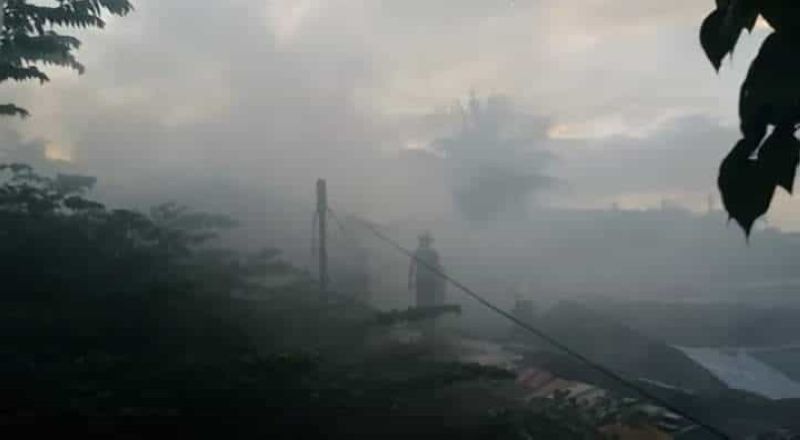 A FIVE-YEAR-OLD boy was killed after he was trapped in a burning house in Purok Sigay, Barangay 2, Bacolod City Thursday morning, November 28.

The fatality was identified as Raniel Macapal. A total of three houses were damaged and one was destroyed.

City Fire Marshal Publio Ploteña said the fire broke out in the house of Belinda Cuadra around 5:36 a.m.

It immediately spread to three other houses made of light materials.

Plotena said one of the occupants at Cuadra’s house, who was holding a baby, tried to save the boy, but she could not reach the boy’s hand.

The destroyed house was owned by Cuadra while the damaged houses were owned by her neighbors Silvia Sugilon, Bernardo Galicia, and Jose Bonza Sr.

Arson investigators have yet to determine the origin and cause of the fire.

On Tuesday, six persons, including a minor, were also killed in a fire that hit the Java Pension House at the Gonzaga-Locsin Streets, Bacolod City.

The fatalities were identified as Christopher Java, 33, the owner of the pension house; his 12-year-old son Christian Miguel; his 73-year-old mother, Magdalena; Ronalyn Dacallo, Miguel’s nanny; the front desk officer Arnold Felomino; and Arnel Bajenting, a resident of Cebu City, who was identified only on Wednesday.

The BFP is still conducting a thorough investigation to determine the cause of the fire.