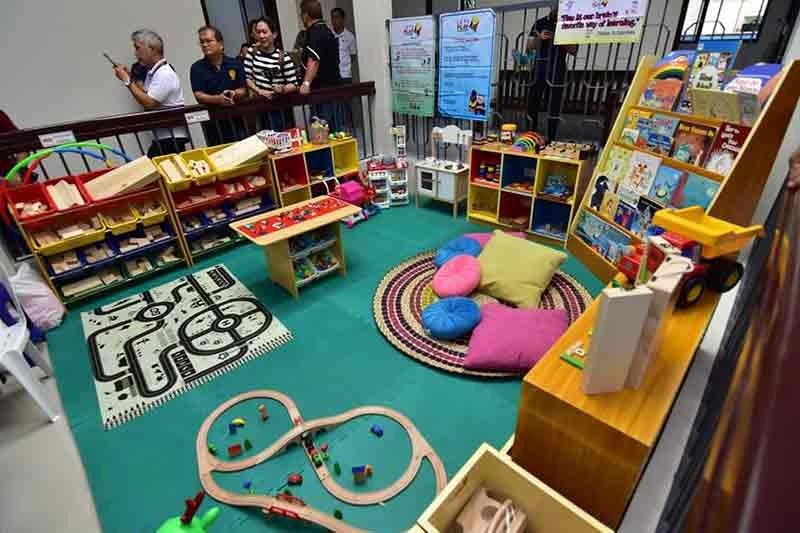 LOOK: A newly-improved facility for pediatric cancer patients, the House of Hope, inside the Southern Philippines Medical Center was officially inaugurated on Friday, November 29. Macky Lim.

A NEWLY-IMPROVED facility for pediatric cancer patients, the House of Hope, inside the Southern Philippines Medical Center (SPMC) was officially inaugurated on Friday, November 29.

The reconstruction of the House of Hope, spearheaded by the Ayala Foundation, has an approximated cost of P10 million.

The inauguration was attended by officials from Ayala, the Davao City government and SPMC officials.

Councilor Antoinette Principe-Castrodes, who represented Vice Mayor Sebastian Duterte, said the rehabilitation of the facility is part of the local government’s effort “to provide a healthy environment for children with cancer”.

“The Davao City Government will continue to support you in providing shelter and services to countless children while also promoting health awareness and education,” Principe-Castrodes said in her speech during the inauguration rites.

House of Hope caters to over 200 pediatric cancer patients who are brought to the SPMC Cancer Institute yearly.

It does not only serve patients in Davao City and Mindanao but also outside the island, including Central Visayas and Bicol Region.

The facility includes four bedrooms, three bathrooms, a kitchen, a common area, and a play area.

“It has served hundreds of children and their carers over the years. We hope that through Ayala Foundation’s gift to the children of Davao City and Mindanao, House of Hope will serve several hundreds more children in the next 50 years,” Dolendo said.

House of Hope is a temporary lodging for young cancer patients seeking medical treatment inside the SPMC.