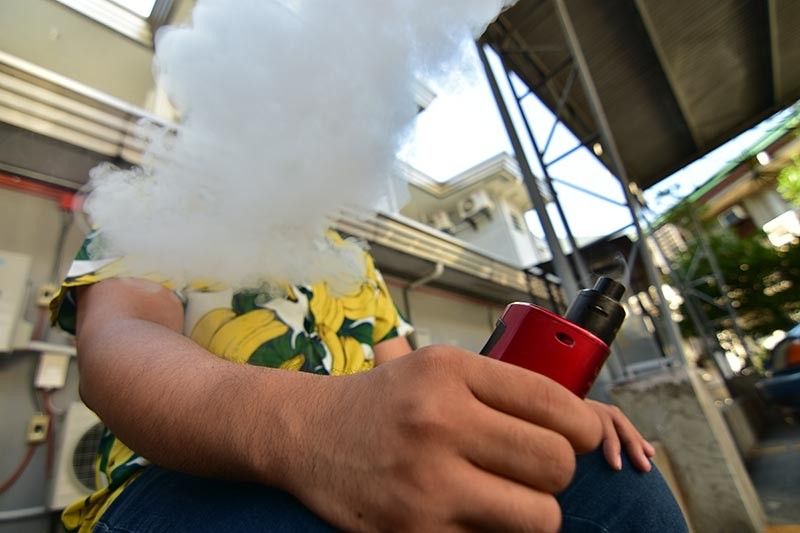 PRESIDENT Rodrigo Duterte’s order to include vaping as one of the criminally punishable acts must be respected, the Integrated Bar of the Philippines - Davao City Chapter (IBP-Davao) said.

IBP-Davao, in an issued statement on November 23, days after Duterte ordered the arrest of all vapers smoking in public areas, said it is part of the President’s prerogative as “chief implementor of the laws”.

“The President’s application of the law as to include vaping as one of the criminally punishable acts deserves respect and enjoys the presumption of regularity as the President is the chief implementor of the laws,” the group said in an issued statement.

IBP-Davao said even if vaping may be punishable by fine only, warrantless arrest is permissible if the offender is caught committing it in “flagrante delicto”, a Latin legal terminology which means “in the very act of committing an offense.”

“The legal purpose of the arrest is to bring the offender to the courts in recognition of his right to be heard or to due process of law,” IBP-Davao said.

IBP-Davao cited provisions of laws in support of the President’s move against smoking.

The group cited Republic Act 9211, Section 5 or the Tobacco Regulation Act of 2003, which prohibits smoking in public places and imposes a fine ranging from P500 to P1,000 for the first offense.

Also, Presidential Decree (PD) 984, or the Pollution Control Law, which “prohibits disposal into the air of any substance in gaseous form that shall cause pollution thereof with penalty of a fine not exceeding P5,000 per day during which such violation continues”.

“The IBP Davao City Chapter is of the notion that it is the IBP’s primordial duty to make every citizen understand the noble purpose of the law, instead of instigating resistance or disobedience thereto,” IBP-Davao said.

“Afterall, the ultimate benefit of this campaign is not only for the few but for all - smokers and non-smokers alike,” IBP-Davao added.

IBP-Davao chapter president Eleanor Dela Peña, meanwhile, said in an online interview, that vaping is a form of pollution since PD984 does not make any distinction as to the source of pollution.

“President Rodrigo Duterte is correct that vaping in public is subject to warrantless arrest if caught in flagrante delicto. PD 984 is enough legal basis for arrest. Duterte’s application of the law to include vaping in public must be respected as it enjoys the presumption of regularity,” Dela Peña said.

She added, “The Clean Air Act covers pollution from smoking. Smoking inside a public building or an enclosed public place including public vehicles and other means of transport or in any enclosed area outside of one’s private residence, private place of work or any duly designated smoking area is prohibited”.

Duterte’s order of the nationwide ban on the use in public and importation of e-cigarettes, comes after the Department of Health (DOH) reported the country’s first case of electronic cigarette or vaping-associated lung injury (Evali) involving a 16-year-old girl in Central Visayas.

The President, who was then the Mayor of Davao City, implemented the No Smoking Ordinance in the city, wherein smoking in public places is prohibited.

Meanwhile, several arrests were already conducted in other parts of the country relating to usage of vape in public.

However, the Philippine National Police, in a previous SunStar Philippines report, said they cannot file charges against violators despite orders coming from the President.

PNP said they can only arrest violators.

Davao City Vices Regulation Unit head Ashley Lopez said in a previous report that while the city has long included vaping in the Anti-Smoking Ordinance, a local ordinance or a national law must be created to totally ban the usage and selling of vaping devices in the city or in the country.