Editorial: A respite for sidewalk vendors 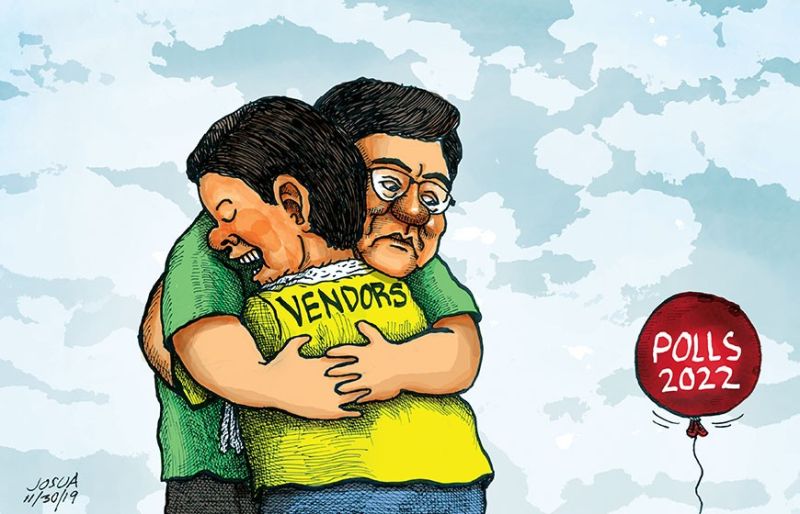 THERE is no such thing as “forever,” especially here in Cebu.

Call it what you like—being pragmatic or fatalistic—but nothing lasts. Our very own mortality is testament to that. It is especially true when applied to politics.

To remain in office, the person in power must be mindful of the needs of those responsible for letting him, or her, stay there. Otherwise, he, or she, can kiss that position goodbye.

To paraphrase the famous English metaphysical poet John Donne, no one is an island.

It was no surprise then to learn that the Cebu City Government is having second thoughts about alienating sidewalk vendors and other people who make a living off the streets.

After heeding the Department of the Interior and Local Government directive to clear all national roads of obstruction, and that included anything and anyone who impeded the pedestrians’ progress on the pavement, less than two months ago, Mayor Edgardo Labella wants to test an arrangement where vendors can go back to selling on sidewalks on certain days and times.

Here’s his proposal: they can go back to their original vending places during Saturdays and Sundays only, or they can participate in the night market that will be held on weekdays between 6 p.m. and 2 a.m. along a portion of Colon St. in downtown Cebu City during the Christmas season or the Sinulog, or from Dec. 1, 2019 to Jan. 30, 2020.

Perhaps it is his way of trying to placate the public who watched, in horror, as members of the City’s beautification team manhandled a street vendor, a post on social media that quickly went viral. Never mind if the alleged victim was not supposed to be there at that time.

Either way, it is “a step forward looking for a long-term solution to the complaint of the displaced vendors.” In return, the mayor wants them to comply with certain restrictions.

“Kinahanglan magbaton og disiplina (Discipline yourselves),” Labella told a group of vendors during a gathering on Thursday, Nov. 28.

If the plan pushes through, there may be a honeymoon period during which the vendors will abide by the rules. And with the elections two years from now, it looks like the tide will slowly turn in their favor.