Kabayan pays tribute to the ‘kiling’ 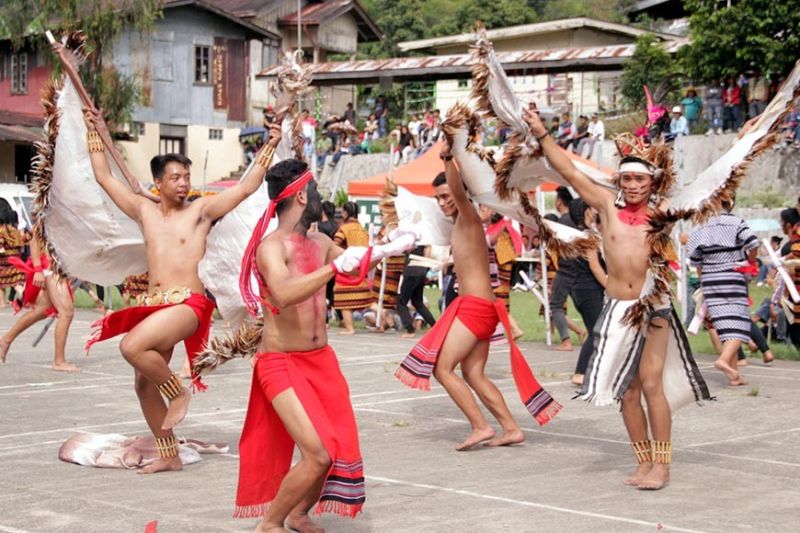 TRIBUTE TO A BIRD. Residents of Kabayan town in Benguet Province gather as they pay tribute to the red-necked bird Siberian Rubythroat locally known as kiling during the 3rd Kiling festival which coincides with the 119th foundation day of the municipality. (Lauren Alimondo)

INDIGENOUS people from Kabayan town, Benguet paid tribute to a migratory bird which has become a part of history.

Indigenous Peoples of Kabayan gathered in Barangay Poblacion to pay tribute to the red-necked bird Siberian Rubythroat locally known as “kiling or ke-ling.”

The loud chirping of kiling signals rice farmers to prepare as typhoon season ends and the “tegin” or cold season is near.

“We are pushing for the celebration of Kiling Festival for this is part of the culture of our ancestors and would not be forgotten by the succeeding generations,” the chief executive added.

The mayor said the idea came through after bird watching in other provinces where it was observed the migratory birds transfer from other places to another the same that of Tinikling.

Kiling epitomizes the ability to outwit its foes, and it’s probably the reason why it is still around.

Aquisan, who conceptualized the “Kiling-Tinikling” dance, features a fusion of local and national dance.

Presentors garbed in their traditional Benguet attire, “devit” for women and g-string for men incorporating the movements of the killing and at the same time performing tinikling.

Students both in elementary and division during showdown imitated the movements and sounds of the bird.

Local folklore narrates the kiling outwitted a rat after it was caught and held vise grip-like by the rodent. The rat then noticed the bird has ruby-like throat. Curious, the rat asked the bird how it was able to have a red neck or throat. The kiling replied it slashed part of its throat to make it red or ruby-like, the rat promptly brought its knife, slashed its throat and fell dead.