Bicol, Eastern Visayas warned of flooding due to Typhoon Tisoy 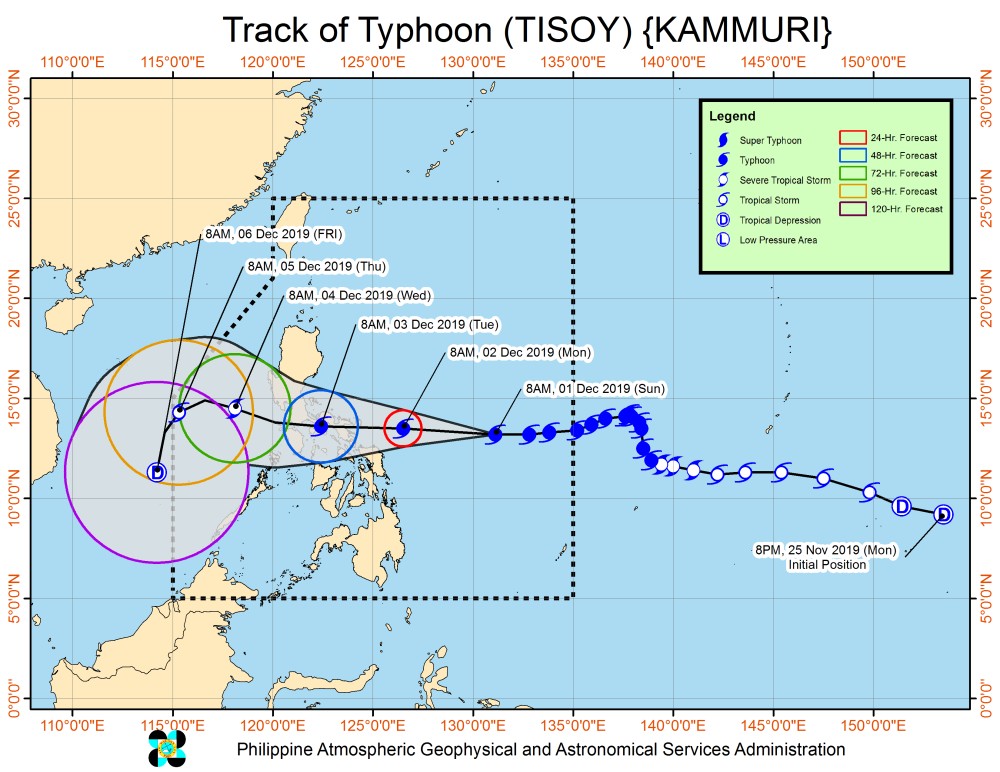 In its advisory, the NDRRMC said among the areas that are at risk are:

· Cabuyan, Bato and Pajo in Catanduanes

· Guinale and Upper Donsol in Albay

It was packing maximum sustained winds of up to 140 km per hour (kph), with gustiness of up to 170 kph. It was moving westward at 25 kph.

The weather bureau said the typhoon is forecast to make landfall over the Bicol region between Monday evening, December 2, and Tuesday morning, December 3.

Tropical Cyclone Wind Signal #2 has been raised over Catanduanes, Northern Samar and Eastern Samar. These areas may expect winds of 61 to 120 kph in 24 hours.

Moderate to occasional heavy rains may be expected over Aklan, Capiz, northern portion of Antique, and the rest of Luzon Tuesday.

The bureau added that the effects of Tisoy may also disrupt maritime travel, especially in small seacraft, in the said areas. (SunStar Philippines)