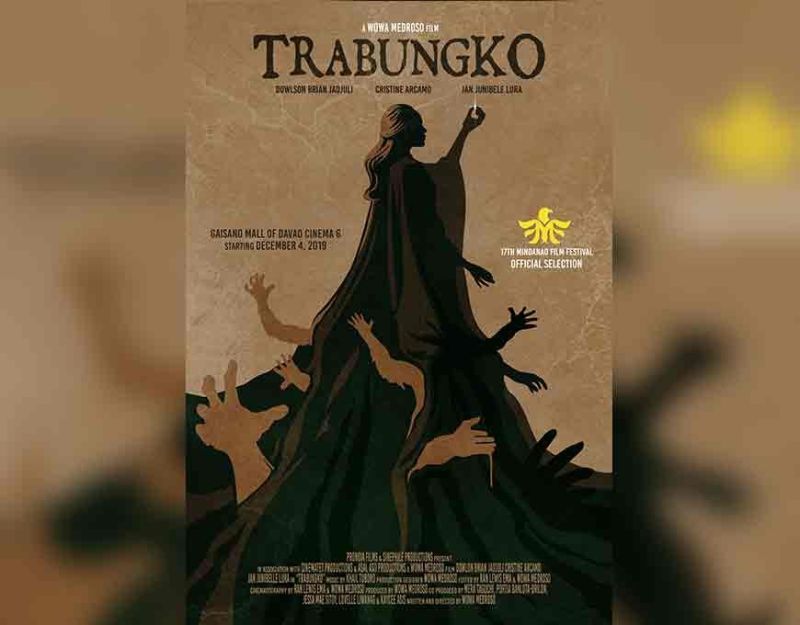 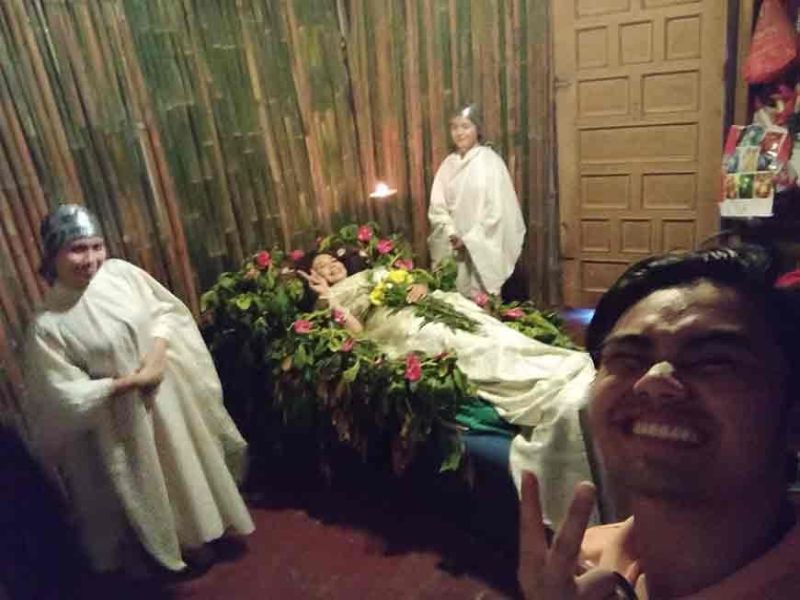 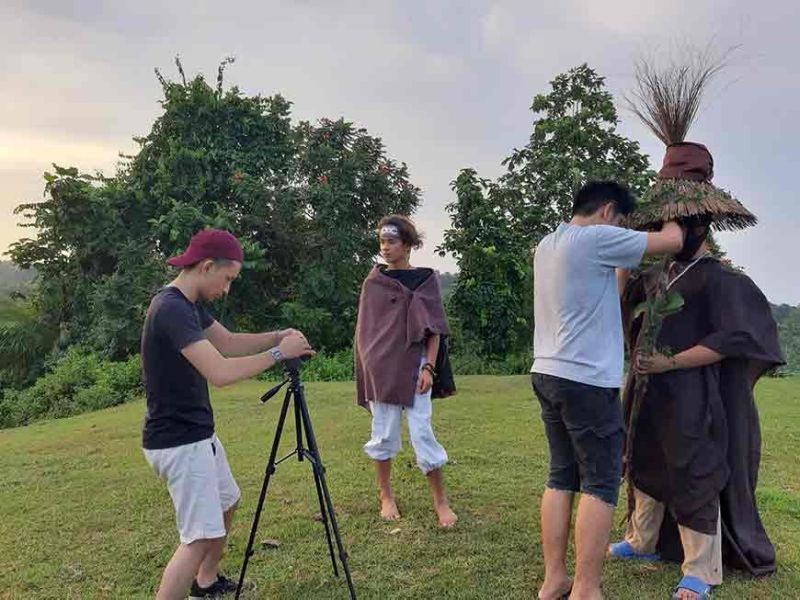 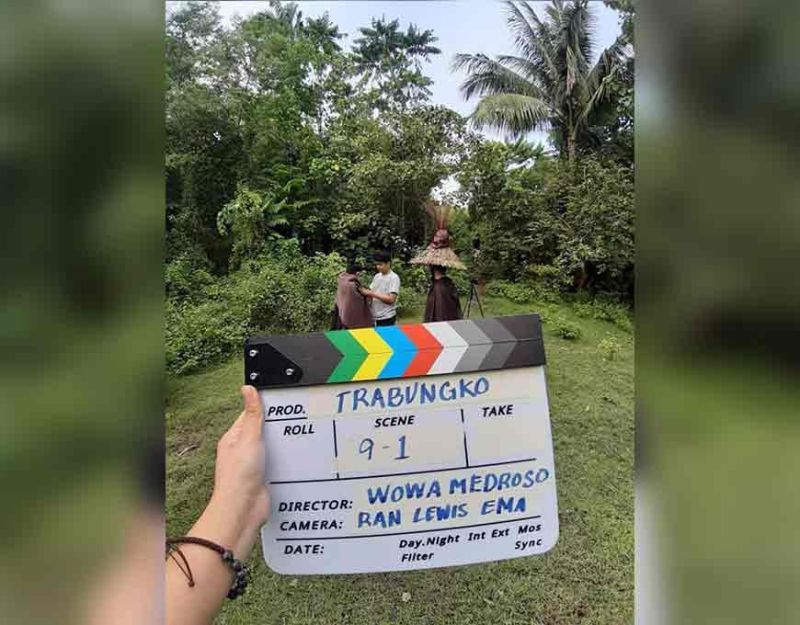 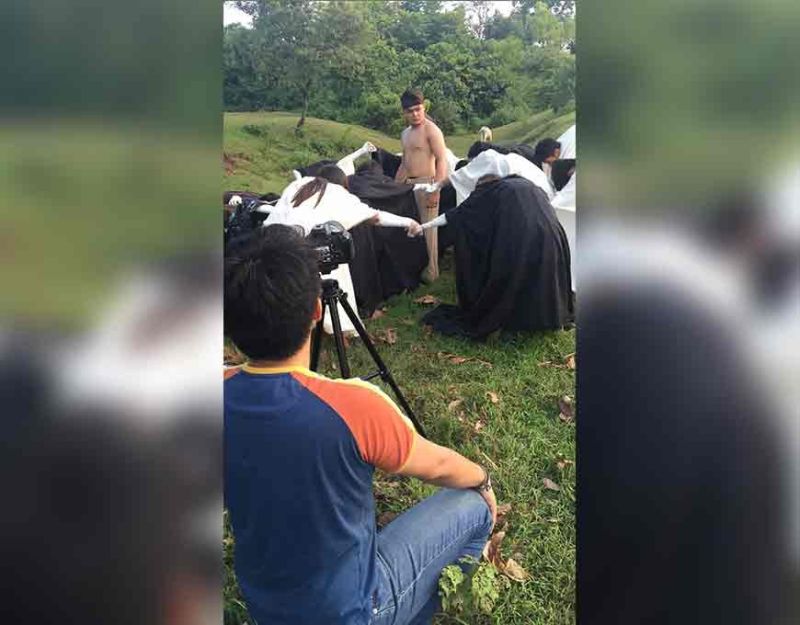 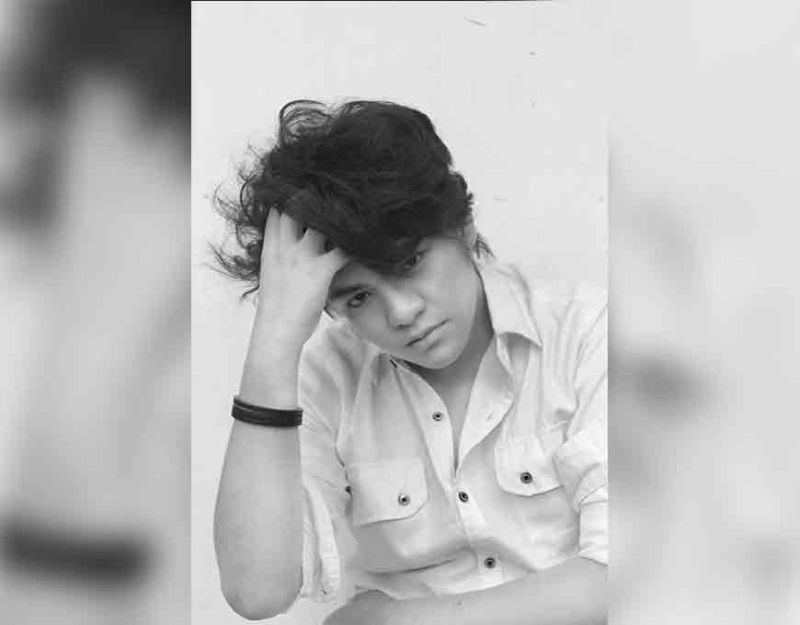 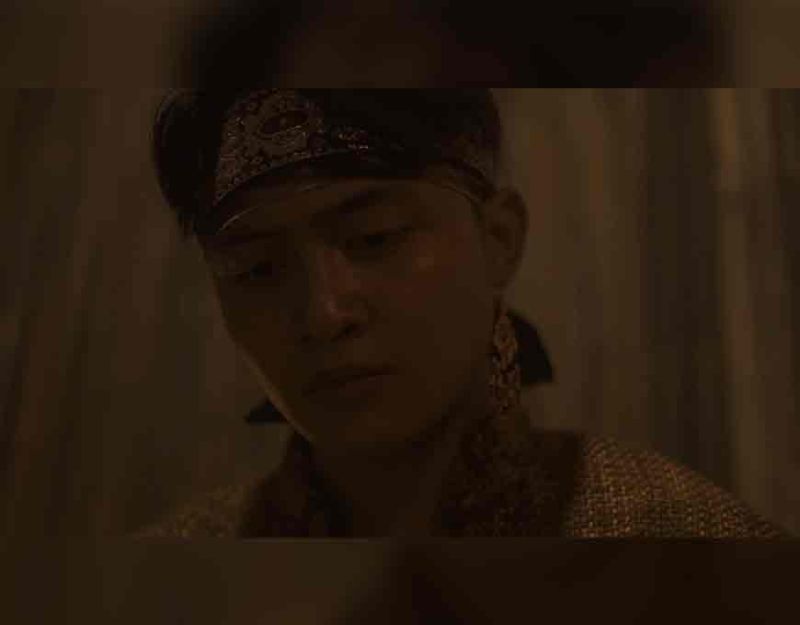 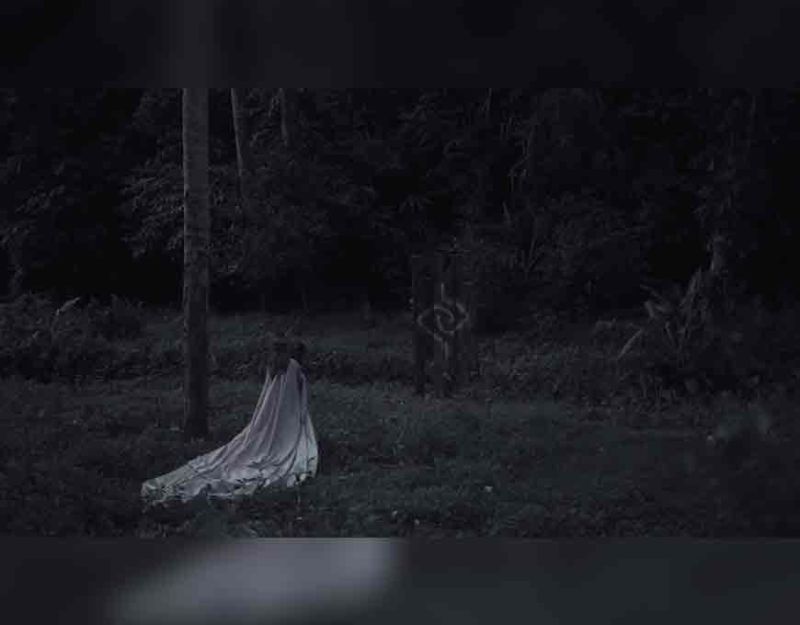 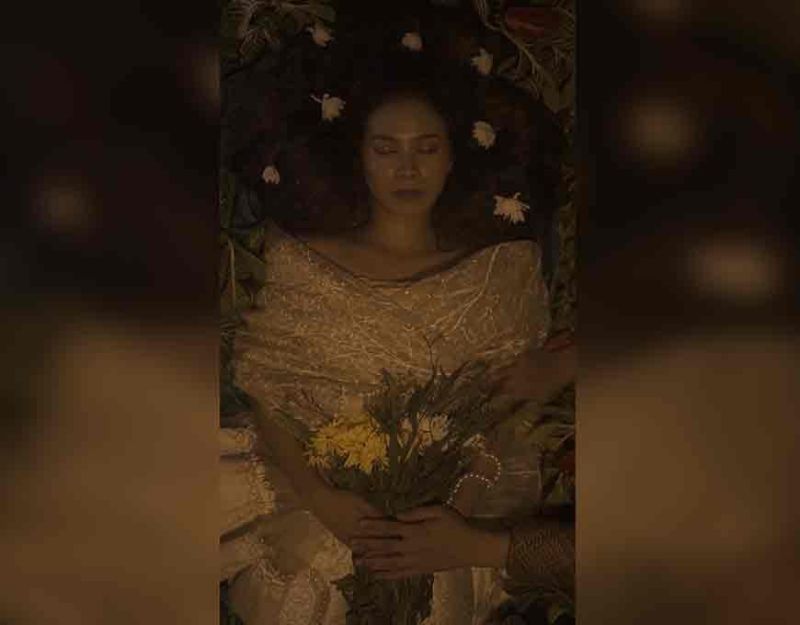 WE HAVE heard of a collection of urban legends while growing up and it cannot be denied that Filipinos are fascinated by these. These stories are spread by word of mouth regardless of whether they contain a tinge of truth or are just a figment of someone’s imagination.

Tibungco, a barangay situated in the northern part of Davao City, also has its fair share of urban myth called Trabungko, which is familiar among the locals especially the elders.

The name of the village is derived from this mythical creature, said to be a supernatural giant snake that was sighted in the barangay a very long time ago. The myth has added vibrancy to the colorful history and culture of the barangay.

Wanting to revisit and revive this famous local folklore, Joshua Caesar “Wowa” Medroso, a young filmmaker from Tibungco, made a film based on the narratives about Trabungko. He created his adaptation of the tale out of the many variations of the story which has been modified overtime.

Medroso shared with SunStar Davao that the film was conceptualized out of the blue while they were planning to create an introduction video for a local pageant in the barangay in time for the Araw ng Tibungco celebration.

Before filming, they conducted their research in an attempt to dig deeper and learn the different versions of Trabungko. To their dismay, they have not gathered any written account and settled on verbal accounts.

The 32-minute fantasy film revolved around the story of a kingdom in the southern part of Mindanao. It falls into trouble when their beloved princess was attacked by a witch. The Kingdom's Lakan then journeys to the west to find the witch and kill her to avenge the princess. But leaving the kingdom alone might be more dangerous with Lakan gone because it is now defenseless in his absence.

“The film does not really focus on the snake and the stone because originally the film was intended to be an intro video for a pageant. It so happened na nagka-idea kami na what if we expand the story and so we asked the academe in Bustamante na we are planning to do a short film sa Trabungko,” Medroso

“History forgotten repeats itself but heritage forgotten is lost forever. There are lots of news na for example mga lumad na they are losing their heritage and when that is gone, when that is forgotten can’t be revive. It can be [but it would take] a long process if makaya na ibalik pa siya,” he said.

Filming was without setbacks. They’ve encountered challenges in the production considering that the film is set on a different period and they can’t use materials that are available during that time.

Although it was fun and exciting to have the freedom to create something from scratch, he said that they struggled with limited resources.

“We still have to find means to make it look less mediocre, make it look believable as it is as a fantasy epic. The production design that’s one of the main challenges that we need to overcome also the fact na it’s a film written in deep Cebuano and our actors are struggling in delivering the lines,” he said.

They also had a hard time searching for an actual piece of the history of Trabungco after the Gabaldon Building, which was constructed in 1930 and considered as cultural heritage at F. Bustamante Central Elementary School (FBCES) in Tibungco, was gutted by a massive fire in 2018.

The library and the principal’s office, which housed the historical narratives, were also burned. What they did was to just create an adaptation inspired by the legend.

“With that building gone, our heritage for me is also gone. This film is also a way to revive what was lost,” he said.

His love for filmmaking started when he was studying Bachelor of Arts in Mass Communication at the Ateneo de Davao. This was fueled when he took up his Masters of Arts in Literature at the University of Southeastern Philippines (Usep). Since then, he has always wanted to be a storyteller regardless of the platform may it be in filmmaking or through his writings.

Medroso cannot contain his happiness and excitement upon learning that the film made it to the Main Competition for Mindanao Film Fest 2019. It was the third time that he submitted an entry and was well-received by the people.

“A part of me is hopeful. I am happy knowing that our efforts were recognized because if I’m gonna be honest, I am not actually confident yet with the product I created. But the fact that they accepted it and consider it as something worthy to be screened at the huge cinema,” Medroso said.

Mindanao Film Fest Festival director Rudolph Ian Alama said in a separate interview that MFF is the longest-running regional festival that started in 2003. It aims to provide a venue for local filmmakers to develop and showcase their craft to a wider audience to boost the local film industry.

It has expanded to include Mindanao in 2005 and has been participated by regional filmmakers.

Alama encouraged more submission of films that are inspired by local folklore.

He also appreciated the production team for introducing and exploring the local stories in Tibungco through the films to let moviegoers know that these local tales exist.

Instead of making it for free, since they want to create an industry and not just a film movement, moviegoers will have to pay the ticket for the screening. Filmmakers will earn through the ticket sales where the revenue will be shared among the filmmakers, cinema, and the MFF.

Trabungko will be screened on Wednesday, December 4 at 5:45 p.m. and on Saturday, December 7 at 11 a.m. at Cinema 6 of Gaisano Mall of Davao.