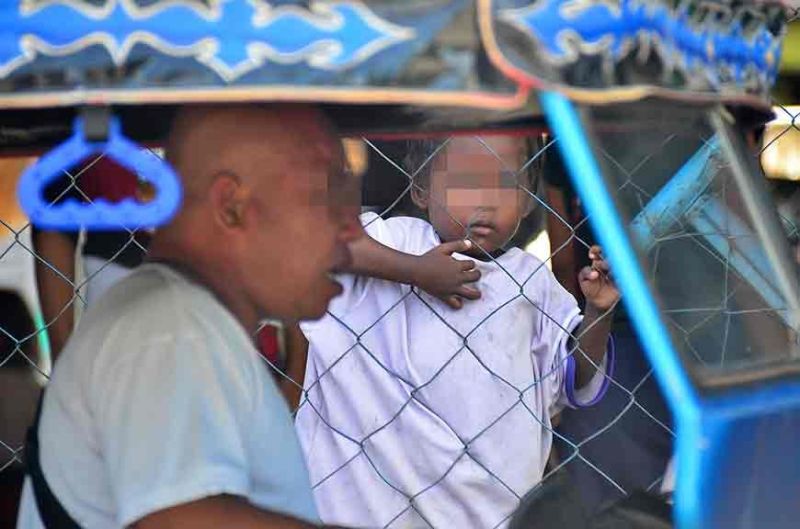 INDIGENOUS peoples from the hinterlands of Davao City who celebrate Christmas by begging or caroling in the downtown area have reduced in number throughout the years, the City Social Services and Development Office (CSSDO) observed.

CSSDO Social Services Operation Division Chief Marilyn Agonia said since the city government rolled out the Pasko sa mga Lumad as one of the highlights of the annual Pasko Fiesta majority of the members of the indigenous peoples (IPs) have opted to stay in their communities in December.

Although she does not have the exact figures, she said it is evident that there are fewer Lumads now who can be seen begging on the sidewalks or in other public areas.

Agonia said Pasko sa mga Lumad is one of the local government's programs of bringing the Christmas celebration closer to the IPs.

She said the government initiated the activity so that the Lumads do not have to come down to do caroling in the city where their safety is at risk.

"Kaniadto naa man gyud sa siyudad, ang problema kay daghang aksidente ang nangahitabo sa mga anak nila. Naay nangamatay tungod sa traffic accident (Previously, IPs would go down here in the city. The problem was there were many road accidents involving the Lumad children where some were even killed due to these accidents)," Agonia said.

Another problem that the city encountered in the past, she said, was that the IPs took temporary shelter in different covered courts in the city.

"Dikit-dikit ang mga tuluganan nila. Daghang dili maayo nga gapanghitabo (They sleep very close to each other and there are unwanted things that are happening to them)," Agonia said, adding that some of them experienced diarrhea, fever, and other illnesses.

Meanwhile, the Pasko sa mga Lumad will officially kick off on December 2, starting with the Panubad-tubad, showcasing the Lumad talents, judging of their shelter areas, and veterinary consultation of farm animals.

Agonia said that a total of 2,000 food packs per shelter area are being prepared. Each food pack contains rice, canned goods and noodles.

The distribution of food packs will be done from December 2 to 16 while line government agencies will also bring their services to the shelter areas, she added.

The City Health Office will also provide services, medical and dental care to the Indigenous Peoples side by side with the City Veterinarian’s Office, City Agriculturist’s Office and the Civil Registrar’s Office which will conduct civil registration and Kasalang Bayan.

She said games will also be played by adults and children showcasing their socio-cultural talents.

The CSSDO official also revealed that more Lumads have been receptive to the city's activity convincing them not to go down to the city as they felt the inclusivity of the government’s program and services.

"Natagaan sila og importansya ug kontento pud sila sa pag-deliver sa programs didtoa (They were given importance, and they were satisfied with the delivery of the programs and services in their area)," Agonia said.